Why did Ferrari run a double-wing at Long Beach in 1982? 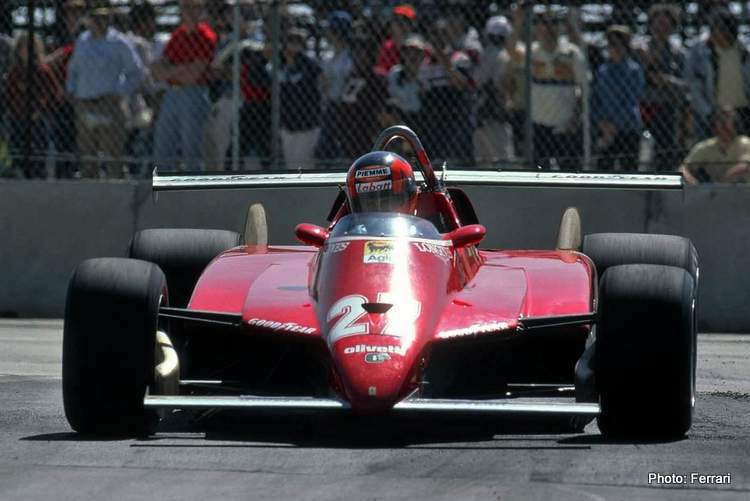 Formula 1 at the highest level is a mix of ‘Cold-War-meets-Tom & Jerry’ as teams and their bright engineers try and eke every inch of performance within the regulations, many times they push the envelope as far as they can, as Ferrari did 1t the 1982 United States Grand Prix West.

F1 was going through the ground-effects era in the early eighties, teams were doing everything to find an edge over their rivals while the FISA-FOCA war had drawn a line in the sand with the FIA backing Ferrari and their allies in the war with the Bernie Ecclestone’s garagistes.

The cars were massively fast through highspeed corners when the ground-effects kicked in, to the point that the faster you went through a sweep or fast curve the more grip you had. But on the slow stuff the cars were a handful to drive with grip at a minimum, especially at tight venues where ground-effects never really ‘switched-on as they did at say Spa-Francorchamps and Monza.

Hence, Ferrari were no impartial to throwing fuel onto the fire and thus they arrived in California, at the marvellous Long Beach street-circuit of the time, seeking downforce with the ‘solution’ to run a double rear-wing on their 126C2.

“Ferrari have spotted as that rear wing is much wider than the other [teams]. In fact, Ferrari have gotten away with this by saying there’s nothing in the regulations to say how many wings we can have…” added Hunt.

It is an intriguing tale, excellently retold by Sam Tomlinson which you can read in full on our partner site here>>>