Grosjean: We learned a lot in 2019 now we want to best midfield team 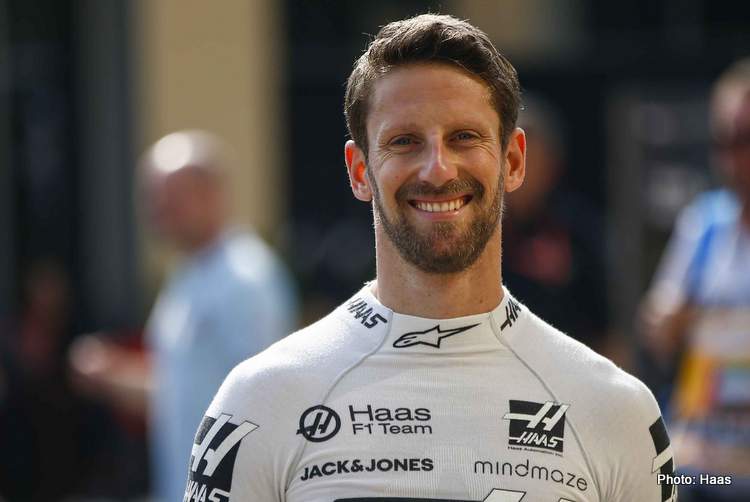 Many were surprised when Hass F1 team confirmed Romain Grosjean for another season in the top flight, the Frenchman had a wayward spell which did him no favours and tested the patience of the American outfit.

In other words, Grosjean is lucky to remain on the Formula 1 grid for a tenth year but if last year was a do-or-die season, then what lies ahead is even more so because there will be nowhere to hide for the Frenchman.

While Grosjean’s gaffes were well documented, the truth is the team were struggling with a dog of a car before the season even began, in fact after a positive first test last year, in Barcelona, it was fast downhill thereafter.

Speaking to Motorsport-Total, he revealed, “When we brought further development in Barcelona, ​​I knew immediately that something was wrong. A correlation problem between the wind tunnel and the race track.”

“One thing is clear: if we hadn’t noticed that in Barcelona, ​​they would have developed in the same direction. Now we’re trying to understand where the correlation problems were. Why did that happen and what others did differently.”

Like all teams, the moment of truth will be when F1 cars fire up in anger again for testing on 19 February in Spain and only then will Grsojean learn if the VF20 will be a rocket or a lemon and claims, “We learned a lot from last year.”

To be honest, they cannot get much worse for the team, if you take away the Williams embarrassment, they were last in the constructors’ standings, while the 33-year-old is lucky to be where he is.

Tongue in cheek or not, Grosjean said of his extended lifeline to remain in the top flight, “I didn’t see any point in changing the team because all the work had already been done here. Yes, there was some tension with Kevin on the track. Fortunately, we weren’t the only ones!”

Of the Haas team’s new car launch, he revealed, “We are not making a presentation, we are simply unveiling the car. We concentrate on the essentials and want to get the best out of the car as soon as possible.”

With a clean slate of a new season in front of him, Grosjean – veteran of 164 Grand Prix starts – is upbeat, “It is clear that we want to continue what we did in 2018 and forget 2019. We want to fight to be the best midfield team.”

“[McLaren] have made great progress. They will be difficult to beat. Renault let’s see. We also know that Racing Point will be better prepared this year. AlphaTauri is doing a good job with the Red Bull partnership. Alfa Romeo can do the same be good…”