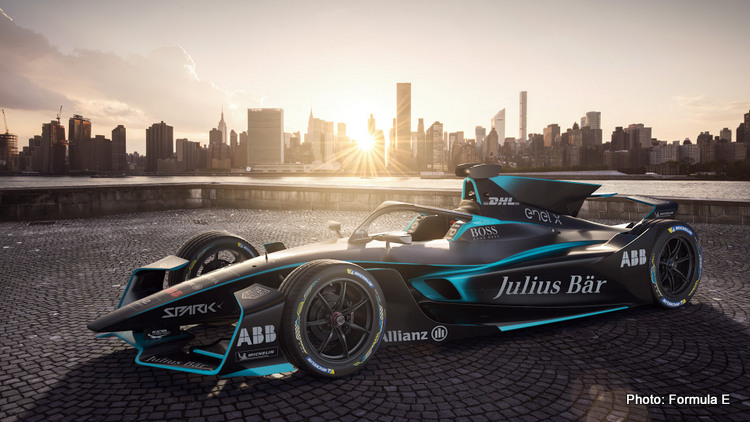 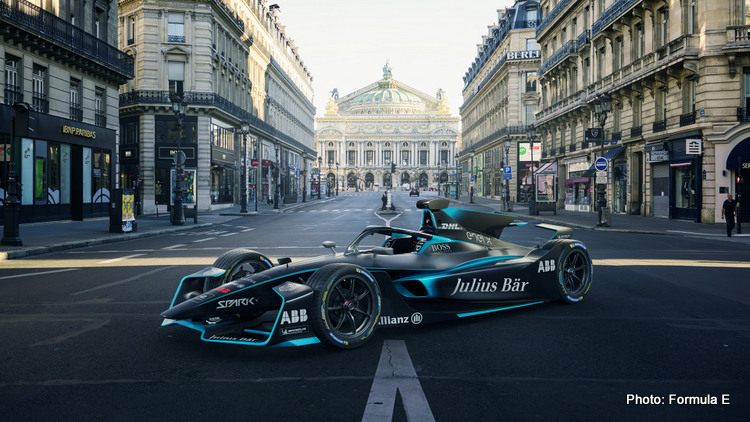 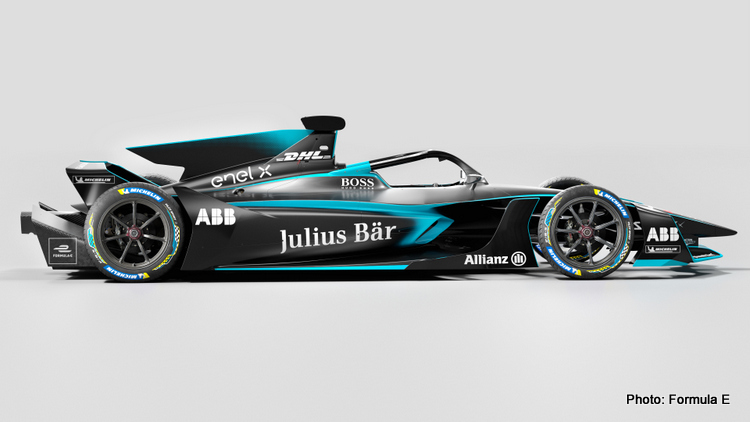 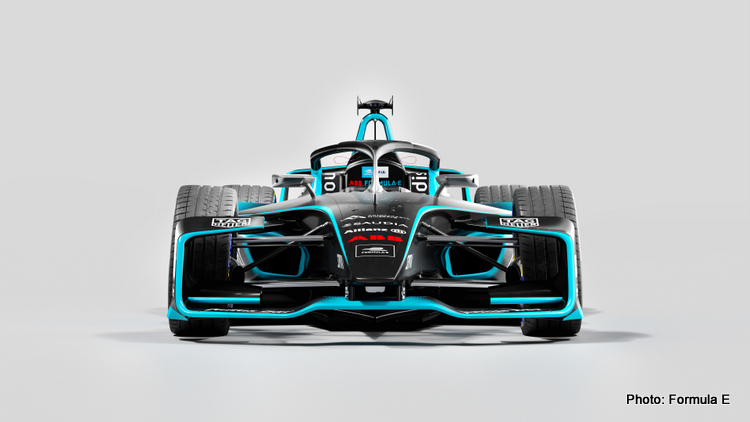 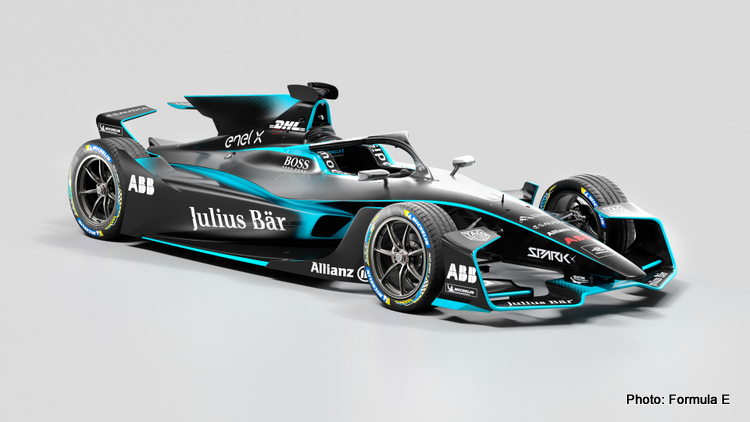 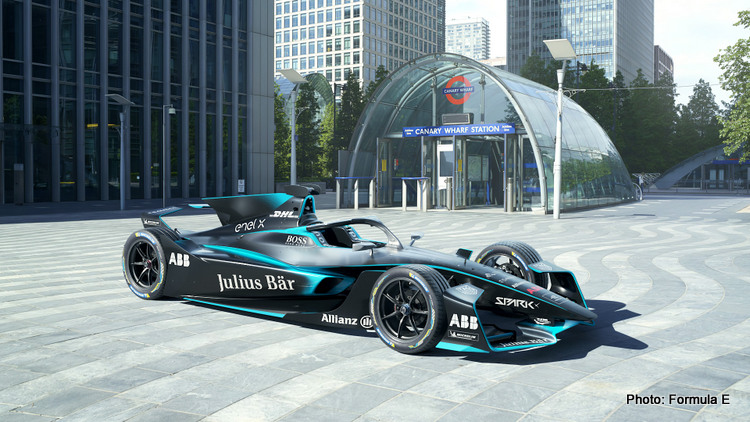 Formula E and the FIA have revealed today their car for the 2020-21 season onwards, the newly named Gen2 EVO.

Ahead of another milestone season, the first Formula E car to contest for the world championship has received a range of structural design changes featuring a new front wing, dorsal fin, distinctive curved rear wing and updated championship livery.

The modifications to the bodywork have been made midway through the current four-year cycle of the ‘Gen2’ era, to provide a fresh new look for Formula E. The car will continue to be fitted with 18-inch MICHELIN Pilot Sport all-weather tyres, specially designed for use in both wet and dry conditions.

The state-of-the-art CGI imagery shows the identical chassis and bodywork that each entry will use in season seven, with the rules remaining open for teams to design and develop their own electric components and parts for the powertrain.

Covers will come off the Gen2 EVO for the first time on the FIA stand at the Geneva International Motor Show on March 3.

Jean Todt, FIA President: “The ABB FIA Formula E Championship is in only its sixth season of competition, yet the technology within it has come a long way, and can benefit all road users. I am pleased that as it transitions to world championship status, we see a further evolution of the Gen2 car – the Gen2 EVO – with an exciting new look. It is this progressive approach that has contributed to the expansion of the grid and increasing competitiveness of the championship, which continues to go from strength to strength and which is paving the way for the future of sustainable urban mobility.”

Alejandro Agag, Founder and Chairman of Formula E: “The Gen2 already stands out as one of the most striking race cars to hit the track, and just as the name implies, the Gen2 EVO is another evolution of the distinctive design. As we did with the first-generation car, the Gen2 EVO has been given reprofiled bodywork to make it look more sleek and agile. This car will forever go down in the history books as the first to challenge for an ABB FIA Formula E World Championship. I would like to thank FIA President Jean Todt and his team for making this evolution take shape. Its futuristic design once again showcases Formula E as the category for innovation in both technological advances and appearance.”