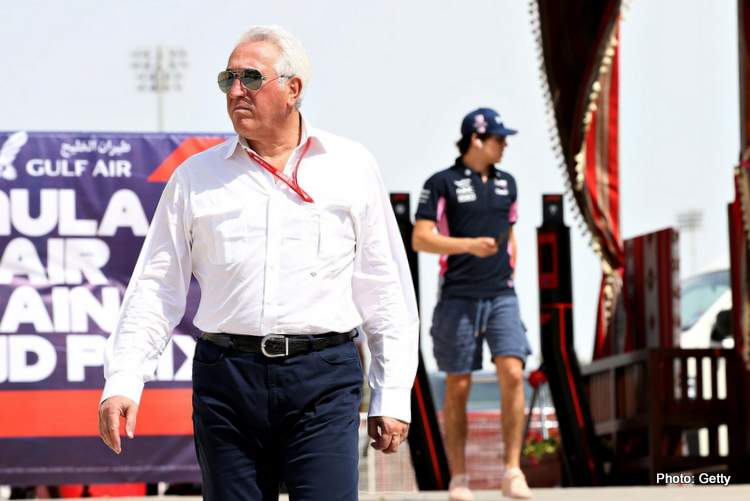 Some see this as a twisted marriage of want and need that’s destined to fail. Others reckon it’s an odd union of wealth, engineering, imagination and an insatiable desire to win that will finally see Aston Martin emerge as a Formula 1 legend after all. Whatever happens, it’s already an intriguing tale involving a few quite charming characters…

The Aston-Stroll entente comes off the back of a botched Aston Martin Initial Public Offering that failed to deliver either the cash or the investors that the Gaydon, UK company desired to fund significant expenditure on its bold sport utility vehicle, electrification and other plans. Stroll’s Friday rescue has already allegedly made him a cool US$45 million on paper as the company revealed a shift in strategy.

While it has more recently had a technical tie-up with Red Bull and indeed embarked on a short-lived and almost pointless four-race foray with Carroll Selby and Roy Salvadori in the front-engined the DBR4 in the face of wieldy new rear-engined machinery on 1959, Aston Martin has never really had an F1 car. Its race program has generally been in GTs and Le Mans, but now it has a Formula 1 team.

At this point, I must digress: Remember Nissan’s disastrous Le Mans effort a few years back — that front-wheel drive catastrophe that completely failed in its challenge of race physics?

Allow me to answer that by introducing you to the key factor of my make or break argument; Enter Andrew Palmer, a disciple of controversial Renault-Nissan boss Carols Ghosn and an engineer with a self-professed raw instinct for marketing.

Andy was instrumental in the electrification of the Nissan brand alongside overseeing the carmaker’s racing division, where he was behind both that Garage 56 ZEOD RC and the disastrous GT-R LM projects.

Many said the GT-R LM needed time, but the wacky idea really had little chance of delivering results, especially after Palmer left Nissan … to become chief executive of, you guessed it … Aston Martin. There, Palmer augmented plans to introduce a new model a year topped that major DBX SUV project, but the company lagged in its IPO launch, which then failed to deliver.

In short Aston Martin needed a miracle. And boof! Lawrence Stroll all of a sudden appeared at Gaydon’s door bearing a significant pot of gold and huge want to succeed in Formula 1 — hopefully of course, with young Lance at the wheel.

Now Palmer remains Aston’s chief exec where he’s openly acknowledged his excitement at having more than just a couple of things in common with his newest shareholder. Most significantly their mutual love of cars and racing, let alone they now have an F1 team between them too. All of which is pretty hunky-dory, but there are a few skeletons in the cupboard.

Andy Palmer’s racing exploits have not exactly covered him in glory. In fact, his catastrophic lack of results makes the odds on what he comes up with next, pretty short. Nor is Stroll’s Racing Point is precisely the perfect platform off which to launch the next big Formula 1 thing — and achieve something that’s taken the 107-year-old Aston Martin 70 years not to. But the Jaguar was a great base for Red Bull, no…?

So, while Stroll’s rescue carries an extraordinary racing caveat and that Aston Martin Formula 1 story has not even started to be told, many expect this move borne out of a muddle of want and need to flop.

But it is also a venture that involves an unlikely bunch of people, each with a huge point to prove and backed by a billionaire who wants to beat the world at any cost. So who knows, this Aston Martin Formula 1 Malarkey could just as well fly…

And if that cart and bull turn over, papa’s gonna buy you a dog named Rover…