The mental side of F1 – how do drivers cope? 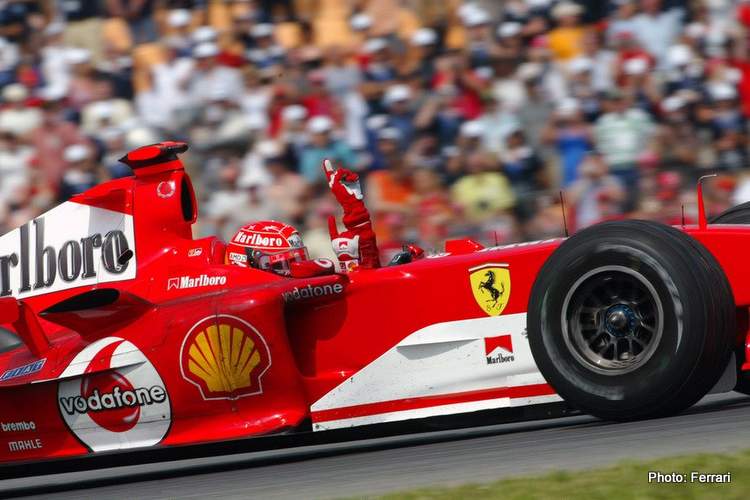 There’s no doubt that Formula 1 racing is a hugely demanding sport…. not only are drivers expected to produce results on a regular basis, but they have to deal with that pressure both on and off the track on their own.

Sure, they have a team around them, but F1 driving is a solitary sport and dealing with the mental side of the sport must be quite tough.

So how do drivers cope? How do they maintain focus when surrounded by distractions and perhaps a few niggling doubts about their own skills or the effectiveness of the machine they drive?

Some drivers bring their gaming consoles with them everywhere they go and unwind in their free time by gaming. Others take up different sports, some try reading books, while guys like Lewis Hamilton like to work on animal welfare projects. Yes, he really does and during the unexpected typhoon day in Japan recently, he considered visiting a dolphin cove to highlight the cruelty of killing these animals.

While Hamilton’s passion for animal welfare is laudable, it’s not quite the pastime that we imagine has too many benefits for his driving or coping with pressure. But what about the man whose record Lewis is chasing? How did Mr. ‘I have ice running through my veins’ Schumacher handle all of that pressure.

We’re sure Michael had many ways to ease the pressure, but one which not too many know about is his love for poker.

So what was it about poker that attracted Schuey? It certainly wasn’t the financial aspect, as he rarely played in serious games. Instead he played charity events and was good enough that it was obvious he played regularly. Perhaps his reasons could instead be down to the benefits of playing poker.

According to sports psychologist Jared Tendler, the poker mental game requires incredible focus. Tendler maintains that successful poker players train their mind just as an athlete trains their body. Could this be why Schuey never seemed to make a bad decision?

It would certainly explain why he was so in control of his emotions when racing. While he is well-known as a man who is not afraid to speak his mind, we rarely witnessed an emotional outburst either in the pit lane or over the radio. If poker is the reason why, then it could be just the pastime other drivers might want to pick up.

Poker is itself a misunderstood game, with many people believing it to be a game of luck and chance. However, there’s a great deal of strategy and rational thought goes into every decision at the table.

Players work incredibly hard on their game and see every loss or mistake not as a failure, but as an opportunity to learn. It’s also a game that helps players to build self-confidence which, along with the ability to think rationally rather than from an emotional standpoint, can help improve their decision-making abilities.

So perhaps Schuey really was onto something with his poker hobby. Improved decision-making, controlled emotions, learning from mistakes – that’s everything that an F1 driver should strive to achieve. And Schuey was doing it for fun in the evenings and at the weekends.

Could gaming be the answer?

We mentioned drivers bringing their gaming consoles with them earlier and believe it or not, this is actually much more common than you think. There are quite a few drivers who enjoy gaming and we’re not all that surprised. After all, gaming simulators often play an integral role in their training.

However, we’re not talking about racing games, but video games in general. Gaming has been proven to have a wide range of health benefits, not least of which is the positive effect it can have on a person’s mental health.

Regular gaming sessions can reduce stress levels, ease anxiety, and help a player take their mind off any troubles they may be having in the real world (or the racetrack.)

The added bonus with gaming is that many games now offer you the option to play online, so there’s a sense of social interaction. And it’s this ability to interact with other people outside the bubble of an F1 team that perhaps offers the most benefits to an F1 driver.

The choice of game doesn’t really matter, although perhaps a racing game isn’t the best idea. Whether it’s online poker, an RPG game, or scrabble really has no bearing on how gaming sessions can help a driver cope with pressure. Once they’re playing and interacting with others, they’ll no doubt relieve a lot of their pent up frustration and tension.

What about drivers who don’t game?

We also mentioned reading earlier and that’s certainly an option, but it lacks the social aspect that helps relieve stress. That’s possibly why many drivers enjoy sports like tennis or football with family and friends.

While drivers do enjoy solitary sports such as fishing and cycling, two-player or team sports offer them something that driving cannot – the mental health benefits of having a teammate. Yes, we know drivers have teammates but how often have we seen those relationships sour at the drop of a hat.

Hobbies and pastimes that allow a driver to build up his self-confidence, improve his cognitive skills, and interact with others is by far and away the best option for coping with pressure and relieving stress. At the end of the day, it all boils down to what a driver feels comfortable doing.

Do they enjoy playing games or do they prefer the company of a good book? Do they want to solve problems and beat records in their free time or would they rather improve their fitness?

Whatever approach a driver takes, it’s clear that they must pay close attention to their mental wellbeing. In such a pressure-filled and results-focused environment, it’s easy for us to forget that drivers are people too. And their mental health is just as important as their performances on the race track.