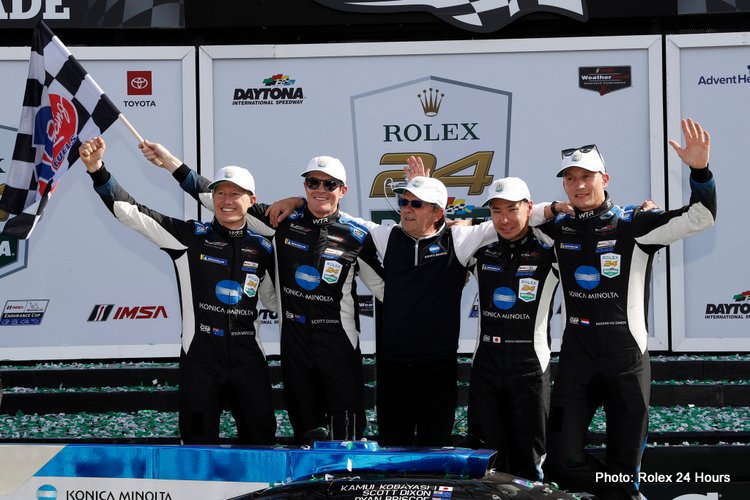 Japan’s Kamui Kobayashi pulled away in the closing hours to give Wayne Taylor Racing to their second consecutive 24 Hours of Daytona victory in a Cadillac DPI on Sunday.

The international team won by more than a minute over a pole-setting Mazda with five-time IndyCar champion Scott Dixon of New Zealand, Dutchman Renger van der Zande and Australia’s Ryan Briscoe sharing the driving with Kobayashi, a former Formula One driver.

This time Kobayashi was behind the wheel for the closing laps.

“Wayne brought me the best car ever I drove… It’s a fantastic feeling.”

The team, with excellent weather conditions, completed a record 833 laps to break the previous mark of 808 set two seasons ago.

They also overcame what could have been a costly error by Briscoe, who drove through a red light on the pit lane that resulted in a penalty that dropped him from the lead to a lap down.

But Briscoe regained the lead lap under the fifth full-course caution.

NASCAR champion Kyle Busch made his debut in the race but his team struggled in the GT Daytona class.