Turrini: Vettel and Leclerc need to find a balance 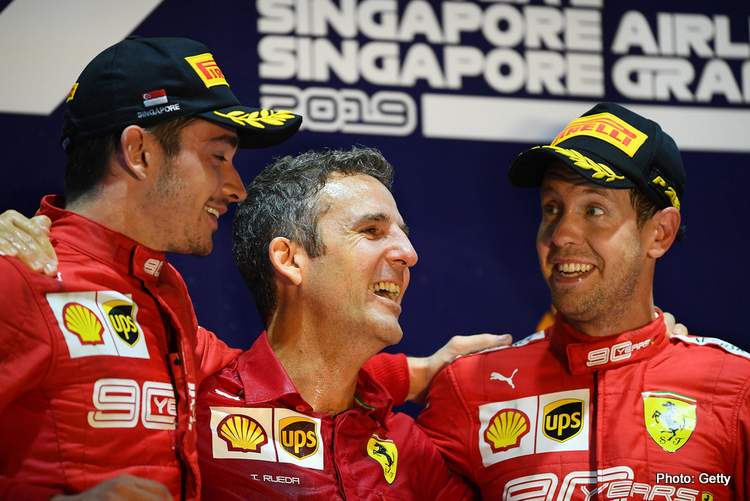 Four-time Formula 1 World Champion Sebastian Vettel could stay at Ferrari beyond the end of his expiring contract, according to the team’s well-known insider Leo Turrini and urges the pair to end their growing feud.

He reportedly has key sources at Maranello and caused a stir last week when he claimed that the data about Ferrari’s 2020 car was not looking promising.

“I reported that because it seemed bizarre that there was all this euphoria (about Ferrari’s chances in 2020),” he told the Italian podcast Pit Talk.

Turrini even baulks at suggestions that Ferrari has clearly the best engine in F1, “It is true that last year’s Ferrari was superior in engine power, but without being able to take advantage of that power everywhere then you can do very little.”

Turning his attention to Ferrari’s driver lineup, Turrini said the famous team has made a “very specific choice” by signing up Charles Leclerc through 2024.

“They show unlimited trust in him, and to make him feel even better at Maranello, his brother (Arthur) has even joined the academy. I think with Verstappen signing with Red Bull, it means we will soon be told that Hamilton will stay at Mercedes.

“Ferrari is in the situation where with Vettel’s contract expiring, they can decide in relative tranquillity what they want to do with the place next to Leclerc.

“Vettel is a great champion, but with Verstappen at Red Bull and Hamilton at Mercedes, either Vettel can bet on a fourth team or if he wants better results he can stay at Maranello with Leclerc.

“But that is only as long as the pair manage to find a balance in their relationship that, honestly speaking, we did not see so often in 2019,” Turrini added.