Nissany: I can learn a lot and use this experience 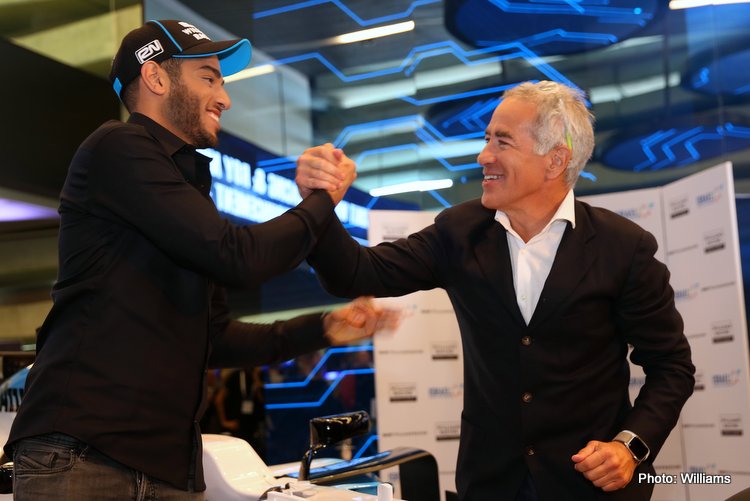 Claire Williams has admitted that Roy Nissany, the team’s little known and new Formula 1 test driver, could be on the grid for the 2021 world championship season.

Nissany has been ridiculed by some for a lack of competitiveness, but he comes with the key backing of Canadian-Israeli billionaire Sylvan Adams.

The Israeli driver, who is the son of the infamously slow former Minardi tester Chanoch Nissany, finished 22nd in Formula 2 in 2018 and did not race at all last year.

Nissany started car racing in 2010 with not much success to talk about other than a handful of wins in the low-level Formula V8 3.5 Series. In Formula 2 he scored one point in 20 races he contested in 2018.

“This year will be the start of his real Formula 2 campaign, the stepping stone to F1,” Williams said. “We’ve got to see where he is in F1, how he does in the work we’re asking him to do in FP1, how he does in simulator sessions.

“It’s far too early to start thinking about potential opportunities for him in 2021. As we all know, F1 is a very tough business,” the struggling team’s boss added.

Indeed, Nissany acknowledges that his first task is merely to qualify for a F1 super license, “I understand that the task is extremely difficult, especially if you recall how the past seasons developed, but now I have Williams’ support.

“I can learn a lot and use this experience. We have a problem that needs to be solved, and if it doesn’t work out in 2020, we have another attempt in 2021,” he added.

Big Question: Are Williams stooping too low and doing deserving drivers a disfavour?