Ocon: I will fit in the car 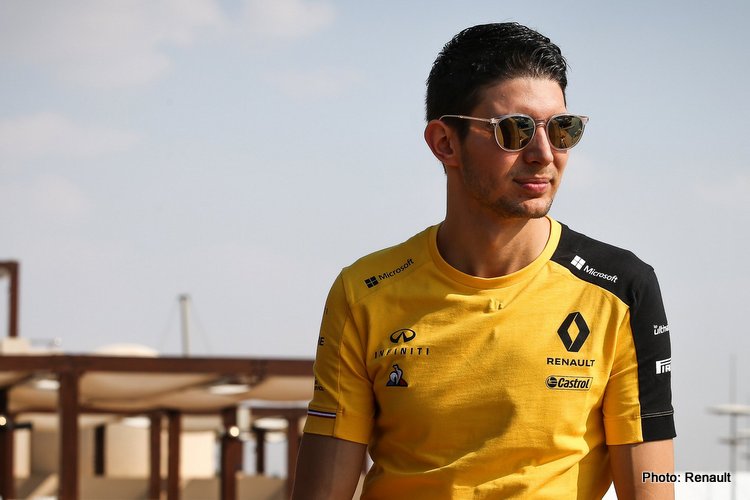 Esteban Ocon may not have raced since he stepped out of the cockpit of a Force India at the end of the 2018 season, but he is already hard at work as he prepares for his Formula 1 return with the works Renault team.

The first step, according to the Frenchman, was to get to know the Enstone based team at the factory.

“The goal at the beginning of January and in December was to do that, even if the team is not so new to me since I already worked here in 2016 and before,” he told L’Equipe. “But the team has grown enormously and everything has changed.”

One thing that has not changed, which according to Ocon is a relief, is that he manages to fit in the Renault cockpit.

Standing at 1.86 metres, 23-year-old Ocon is one of the tallest drivers. But the man he replaces at Renault, Nico Hulkenberg, is only 2cm shorter.

“The basic design of the car was done a long time ago, so the size, the room for the driver, was a little frozen, but I’m lucky that the team had my information and the car has remained big enough after all those years. So I come back without any problem,” he explained.

Next, Ocon is working on making other changes in the cockpit, such as his preferred button layout on the steering wheel, “I have a lot of things that I prefer to do that make my life easier, and we have already spent a lot of time on this.

“There are still things that are more difficult to do that take a little more time, but we will continue to work on this. It will be good for Melbourne because there are still six days of testing.”

Ocon’s race engineer in 2020 will be Mark Slade, who worked on Hulkenberg’s car throughout the German’s time at Renault, “I have known Mark for a few years.

“He has been there for a very long and has a lot of experience with lots of drivers, so he knows that we are all different. He is a very easy person to work with, but we need to understand each other very well so we will do a lot of simulation work together,” added Ocon.

So what is it really like when a driver joins Renault F1 Team? @OconEsteban, take us through it! Step 1… Getting fitted. 🎥#RSspirit pic.twitter.com/36K6Zi1pm3