Carey: Thank you to Sean Bratches on behalf of Formula 1 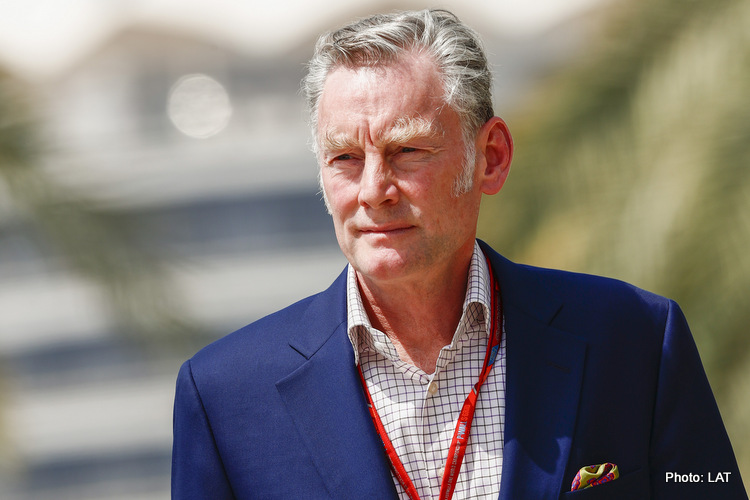 Formula 1 has announced today that Sean Bratches will step down from his role as Managing Director of Commercial Operations following three years at the organisation, he will leave Formula 1 at the end of January 2020 but will continue to support the business in an advisory role from the United States.

Sean joined Formula 1 concurrent with Liberty Media’s acquisition of the sport in January 2017 with a clear remit to establish a world-class commercial group; a function that previously did not exist under its previous owners.

Over the past three years Sean has built and led a team that has transformed the commercial business from a predominantly motorsport company to a leading global media and entertainment brand. As part of the transformation, he has established a world-class management team and structure that will continue to serve the sport and its fans well into the future.

During his tenure Formula 1 has broadened its sponsor portfolio, improved the reach and scope of the sport’s global media rights, renewed key race promotion agreements and announced two new races to the Formula 1 calendar.

Formula 1’s digital business was revamped under his leadership launching a new responsive web platform and extending the brand into areas such as direct to consumer, fantasy, podcasting, licensing and betting. All key metrics including race attendance, television viewership, and digital and social media engagement and usage have increased during his tenure.

In addition he has created and overseen many brand and fan facing initiatives including the renowned Netflix series ”Drive to Survive,” the hosting of live car runs in major city centres around the world, established Formula 1’s highly successful Esports series as well as introduced innovative events such as the “Extreme Innovation Series” in collaboration with M.I.T.

Sean Bratches to step down as Managing Director of Commercial Operations at Formula 1 and embark on advisory role. After three years in the role, Sean has decided to return to the United States to be closer to his family and begin his next chapter.

Following Sean’s departure, the majority of his direct reports will report into Chase Carey, Chairman and CEO, Formula 1.

Chase Carey, Chairman and CEO, Formula 1, said: “I want to thank Sean on behalf of everyone at Formula 1 for the leadership, passion and expertise he has given to the business over the past three years. Sean has transformed the commercial side of Formula 1 and a testament to his work is shown in our momentum and growth as a business. I am pleased Sean will continue to be an advisor for us from his home in the US, he will always be part of the Formula 1 family and I look forward to his ongoing advice and counsel. I wish him all the best in his new endeavours.”

Sean Bratches Managing Director of Commercial Operations at Formula 1, added: “The past three years at Formula 1 have been an incredible journey, one which I have enjoyed thoroughly. I want to personally thank the team at F1 for their extraordinary efforts and dedication, they are the best of the best and I am confident they will continue to serve fans and deliver on the strategy we have set in the years ahead. I am proud that I leave Formula 1 in a better position than when I joined in 2017 and I know that the foundation we have put in place as a team will continue to serve our fans around the world and reach new audiences.”