Outside Line: The Rapid Rise of W-Series 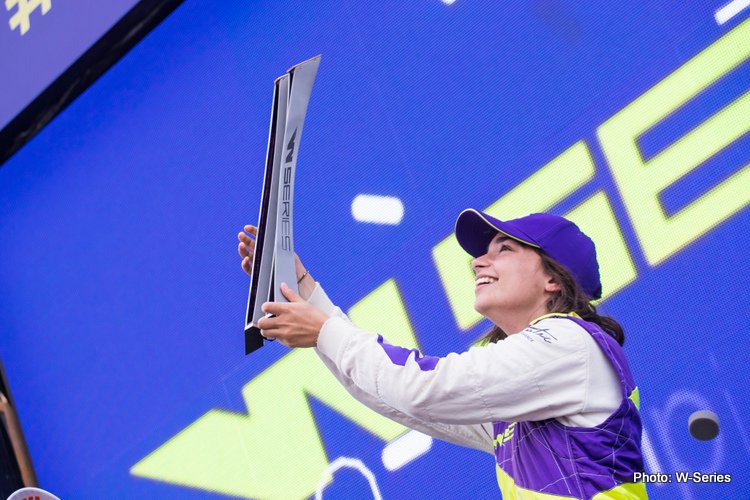 I’ll admit that when W-Series launched last year, I didn’t give it much thought. While I was by no means opposed to it, I was sceptical it could secure a long-term place in the motorsports landscape.

However, considering what they’ve achieved in the past twelve months – and particularly this past Friday – I’m much more of a believer.

Having already produced one legitimate talent in Jamie Chadwick, the series took another big step forward this week with the announcement it will be a support race for F1 at the US and Mexican Grands Prix. I mean, as a junior formula, you literally can’t get better exposure than that.

And sure, a cynic could say this has as much to do with the lack of road-racing categories present in those countries as it does W-Series making itself a legitimate option, but it’s nevertheless remarkable progress for a racing series one season into its existence.

Adding to the announcement’s credibility, W-Series CEO Catherine Bond-Muir confirmed in a conference call with journalists on Friday that they would be paying for their own shipping, so you’d have to say there’s at least some financial solidity even if Bond-Muir admitted they’re a few years away from turning a profit. In that respect I assume the new partnership with Rokit has helped – although like most of you, I still have no idea what Rokit actually does. Supposedly phones?

All that considering, I’d argue W-Series has been quite a success for so early in its history, with the caveat that it has much more it needs to do to be a true launching-pad for an underrepresented demographic in motorsport. Surviving as your own product is one thing, but if the goal is to get women both into motorsport and then through to the higher echelons, it’s got a long way still to go.

As things currently stand, there’s still no on-ramp for girls at the grass-roots level – although a karting series is apparently something Bond-Muir is considering – so the barriers to entry are the same as they ever were, even if more youngsters might be excited about the prospect of racing. On the other side, as impressive as the rise of Chadwick has been (and she would’ve had a lights-to-flag victory in Asian F3 race over the weekend were it not for a jump-start penalty), the 15 superlicense points she got for winning in 2019 puts her well short of the 40 needed to race in F1, and frankly, we don’t know if she, or any other woman is good enough to cut it at that level.

Still, whatever the answer to that question is, I like to think W-series is helping us get it. Obviously, it would be unreasonable to expect we’d have the female Lewis Hamilton (or even Marcus Ericsson) after one year of racing. For now, what they’ve done is enough – they just have to keep developing.