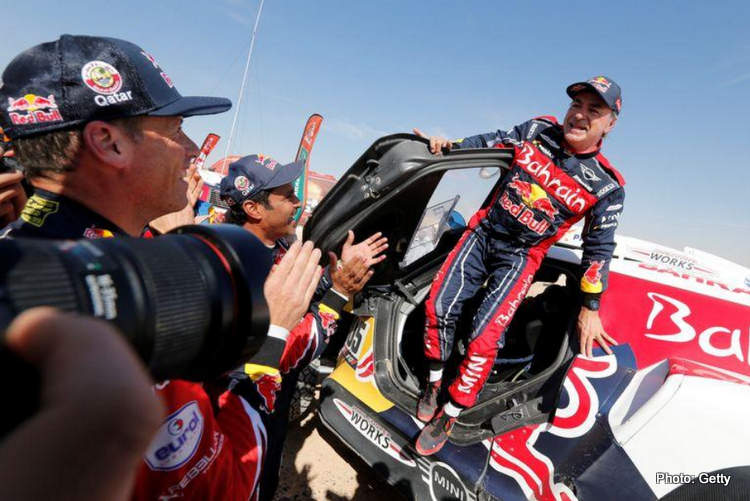 Dakar 2020 will ultimately be remembered for Carlos Sainz senior winning his third race in a third different make of car, Ricky Brabec taking his first bike win and Honda’s first since 1989 and also for the loss of the life of bike hero Paulo Gonçalves.

Giniel de Villiers added another stage win to his incredible Dakar CV on day 2, but he had to work hard to overcome several punctures and a few navigation issues early on with punctures set to be another point to remember in the early days of this year’s race. Dakar 2020 was also a great race for tiny Johannesburg race car maker Century after Frenchman Mattieu Serradori took the team’s first ever Dakar day win en route to a splendid 8th overall aboard the Corvette-powered machine in a truly giant-killing performance.

It was a tough but rewarding race for Kyalami-based Red-Lined Motoring Adventures, which ran a pair of Nissan Navaras for gentleman crews, but Dakar delivered a poisonous sting in the tail to TreasuryOne duo, 2018 Dakar Rookie of the Year Hennie de Klerk and Johann Smalberger racing out of Pretoria who started 27th in Friday’s final stage off a fine week following a difficult start, only to be left stranded within spitting distance of the finish with transmission failure. They duly made it to the finish to claim 34th overall, two places ahead of their Dubai based British teammates Thomas Bell and Patrick McMurren.

A relatively new Dakar class, the side-by-side vehicles delivered a thrilling race throughout with positions changing by the waypoint literally throughout the two weeks, but American Casey Currie driving with SA lad Sean Berriman now racing on a US licence, managed to be most consistent to take an ultimately easy win over Russian Sergei Kariakin, Chilean Francisco Lopez Contardo and Zimbabwean Conrad Rautenbach.

It was a big Dakar for Honda as Californian Brabec stormed home to a crucial Dakar motorcycle win for Honda in not only its first Dakar win in 31 years but Brabec also finally broke KTM’s 18-year stranglehold on Dakar bike wins and made good the huge disappointment of Honda losing the two previous editions after dominating much of the way each time.

Several Southern African bikers delivered heroic Dakar rides, not least Botswana’s former triple SA champion Ross Branch, who riding as a privateer, took a stunning Day 2 win and rode most of the way well within the top ten on his own KTM against the might of the factory teams.

A few challenges along the way including a big fall and riding with a separated shoulder and severed fingertip and then an epic effort to get his machine to the finish of another stage in spite of a destroyed rear wheel, dropped him well down the order but still the plucky privateer fought back 21st as he put his hand up high for consideration as a future factory rider.

This Dakar 2020 coverage was brought to you by TreasuryOne Motorsport, Red-Lined Motoring Adventure and Motorsport Media