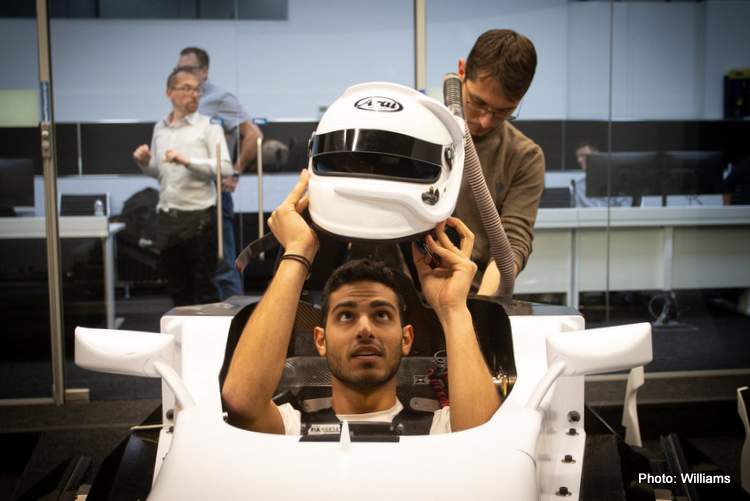 There may be more than meets the eye with regards to Williams’ signing little known Israeli driver Roy Nissany, as he hinted this may be the first step towards a Grand Prix in the country.

At the post-grand prix test in Abu Dhabi last year, the unknown 25-year-old Nissany was suddenly at the wheel of Williams’ 2019 car.

He was quickly ridiculed, not only because he was several seconds off the pace of Williams’ regular drivers, but because his then 42-year-old father Chanoch was even slower when he did a Friday practice for Minardi back in 2005.

He has strong Israeli backing, including by the new Tour de France team Israel Start-Up Nation.

“I feel like we are all putting the Israeli flag on the map,” Nissany said.

La Gazzetta dello Sport said it could just be the first step towards a grand prix in Israel, “The goal is to race in Israel in 2021. It would be a dream to be able to drive there, with 350 million people admiring my country on TV.

“For me it has been a long journey – almost 20 years. Formula 1 was never a dream but a goal. Williams is a wonderful place to learn and I am very grateful to be offered this opportunity,” he said.

Israel Start-Up Nation was founded by Canadian-Israeli billionaire Sylvan Adams, who said: “The fast-track plan is for Roy to be an actual F1 driver as early as 2021. Of course, he has a few hurdles to accomplish before he can be selected to be one of the two drivers.”

“I’m so very, very much looking forward to getting started.”@RoyNissany is ready for an exciting year ahead 👊 pic.twitter.com/zApjtfWrUN