Turrini: Ferrari engineers not yet impressed with 2020 F1 car 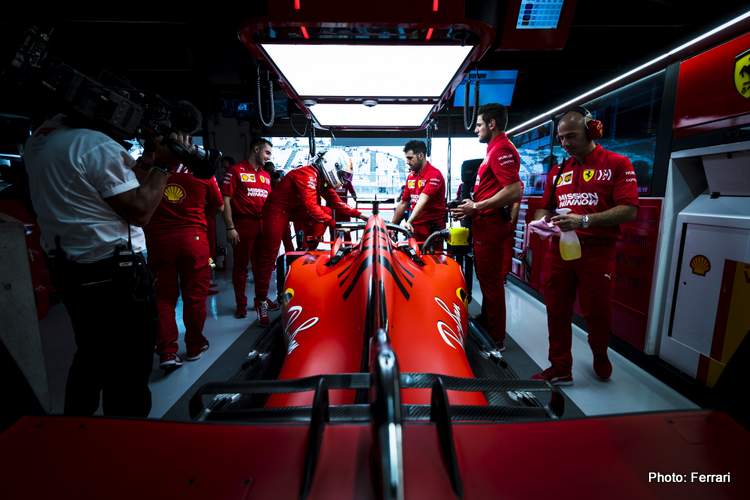 A Ferrari insider has revealed that all may not be well with the Maranello team’s preparations for the 2020 Formula 1 World Championship season.

Leo Turrini, a long-time F1 journalist with key sources at Ferrari, wrote on his Quotidiano blog that he has heard alarming news from within the fabled team, “It seems to me that, so far, the indications from the simulator and the wind tunnel have not impressed the engineers but keep in mind that there is still time.”

Ferrari finished second behind Mercedes in 2019, but many believe that Red Bull-Honda is now poised to take a shot at the title this year.

Turrini also commented on the future of Ferrari’s Sebastian Vettel, given that he is out of contract this year and Charles Leclerc has just signed through 2024.

“I’m not so sure that 2020 will be Vettel’s last year in red,” he said. “All the more so after Verstappen extended at Red Bull.”

He thinks quadruple world champion Vettel has the ability to bounce back, “Vettel is not the least bit affected by the hostility of the Italian media, for the simple reason that he does not read much of it.”

Finally, Turrini responded to speculation that F1’s Swiss team, recently known as Sauber, could soon lose their title sponsor, “Alfa Romeo being in F1 was the great idea of Marchionne, but unfortunately, sales of the Giulia and Stelvio have not been exciting.”