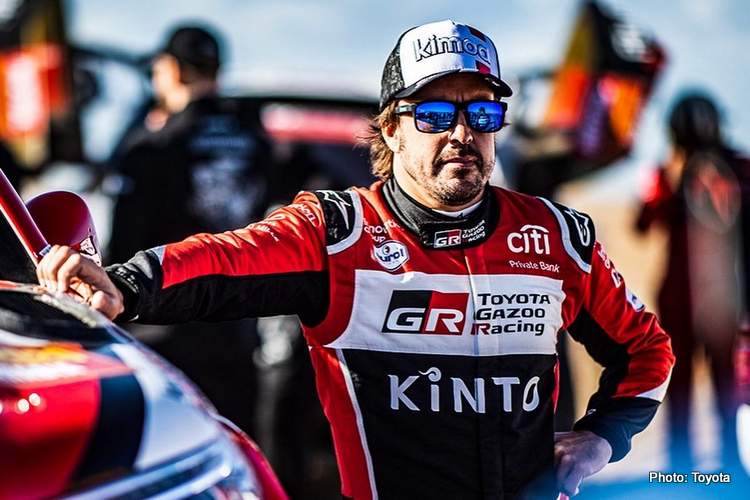 Fernando Alonso does not think there is room at Ferrari for his potential return to the top flight in 2021 despite the fact that he still very much feels he is a Formula 1 driver.

In recent days, as he tackles the off-road Dakar rally and contemplates a third attempt to win the Indy 500 in May, the 38-year-old has admitted he will soon give thought to returning to F1.

“First I finish the Dakar, then I do the Indianapolis 500, and in the summer I will have to make a decision,” he told the El Partidazo de Cope program.

“I have the idea of returning to Formula 1,” Alonso admitted. “I feel like a Formula 1 driver, it’s what I like most and it’s what I know how to do best.

“I don’t know if I will return or not, but I will think about these next two or three years of my career in the summer. I will decide in the next few months,” said the Spaniard.

Alonso says he has enjoyed his challenges since deciding to focus not exclusively on F1, including winning Le Mans. But he is clearly eyeing a full focus on F1 once again.

“It is the top category of motor racing, but it also has its disadvantages,” explained Alonso. “Formula 1 requires a complete dedication of your life. I already had 18 years of that and now I have to assess whether I want to do two or three more years of that or not.”

A big factor will be whether Alonso gets a competitive car for his return, as frustration in the midfield was obviously a big part of his decision to leave, “I must look at the teams that are available or interested. I have to put everything on the table.”

Ferrari, though – where Alonso spent five years but left amid some acrimony – does not appear to be among those options, “I have not talked to them. I think the journey with Ferrari was nice but I don’t think it’s time to talk about a return.

I also believe their bet on the future with Leclerc is quite clear. For 2021, we need to see who will be competitive, and maybe Ferrari will not be among the favourites. We will see,” Alonso added.