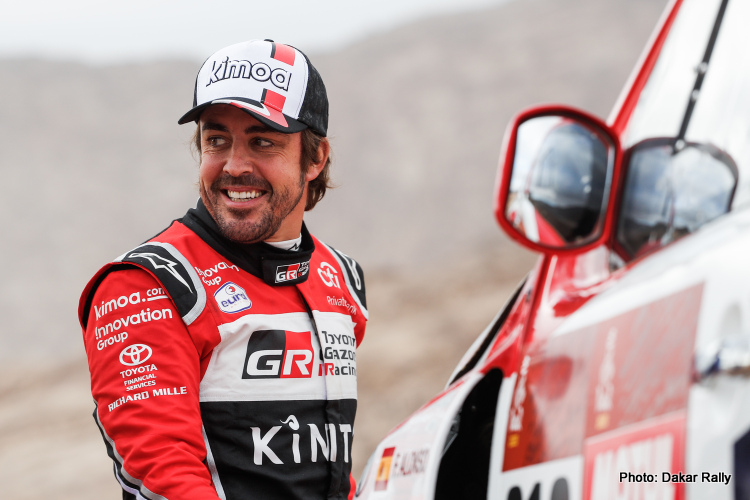 Fernando Alonso has indicated he will entertain the possibility of a return to F1 after this year’s Indianapolis 500.

The Spaniard, who quit F1 at the end of 2018 to pursue other challenges including the ‘triple crown’, finished second in a stage of the Dakar rally on Monday.

“He must have 0.5 per cent of the preparation in respect to the competition, but he is magic, the best driver in the world,” said Dakar rival Jesus Calleja.

Another competitor, Carlos Sainz jr’s father Carlos Sainz, added: “I was not surprised, because he is a great driver who adapts to any circumstance.”

Alonso said he is happy to hear the compliments, but his only goal for Dakar was to see if he could be competitive in an unfamiliar discipline.

“Honestly, this box is checked,” he said, adding that he may return “one day with more chances of victory”.

The 38-year-old said his next goal is to finally win the Indy 500, which he could add to his Monaco and Le Mans wins to become only the second driver in history with the ‘triple crown’.

“That would mean a lot to me because it would be motorsport history,” he said.

But after that, speculation about a potential return to Formula 1 may re-emerge.

“My love for Formula 1 will always be there,” Alonso told the German news agency SID in Saudi Arabia.

He explained that after Indianapolis, a potential 2021 return “will be on the table”.