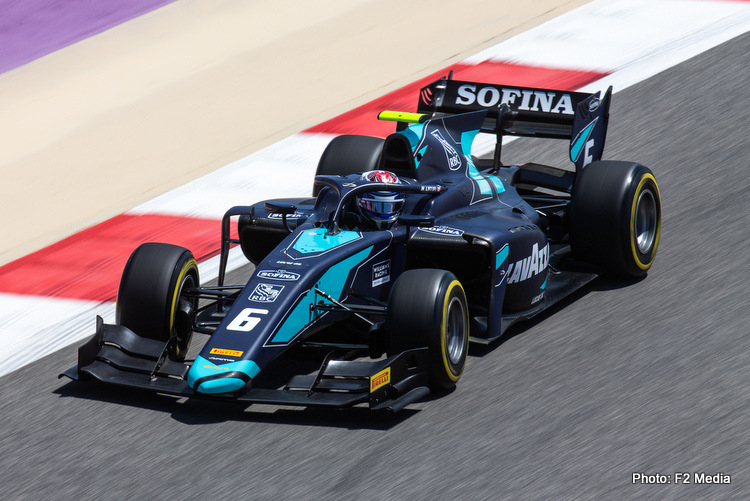 Williams have this week announced two new sponsors, both connected to bringing on board Canadian thanks to the arrival of Nicholas Latifi whose connections are proving to be a lifeline for the beleaguered but once mighty team.

Latifi, son of billionaire Michael Latifi whose Sofina Foods owns Lavazza, was sponsored in F2 last season by both companies that now will be Williams partners in the top flight.

ROKiT Williams Racing has added Royal Bank of Canada (RBC) to its family of team partners for the 2020 FIA Formula One World Championship.

The global financial institution’s logo will be seen on the nose of the FW43, driven by George Russell and Nicholas Latifi during the Formula One season in 2020. RBC branding will also be featured throughout the ROKiT Williams Racing garage and hospitality areas, on teamwear and the drivers’ race suits.

As a proud supporter of youth and young athletes, RBC is dedicated to helping Canadian athletes pursue success at every stage of their careers. RBC welcomed 24-year old Canadian racer Nicholas Latifi as a Team RBC ambassador in 2014 and is now proud to support the team that he will make his competitive Formula One debut with at the Australian Grand Prix on 15 March.

“We are delighted that RBC has partnered with the team for the 2020 season,” said Claire Williams, Deputy Team Principal of ROKiT Williams Racing. “Formula One is a sport on a world stage and we’re proud to partner with a global financial institution that is passionate about helping young athletes achieve success in all forms of sport.”

“Unlocking the potential of youth and young athletes is a priority at RBC, and this partnership will allow us to continue to support talented Canadian racer Nicholas Latifi as he makes his debut this spring with Formula One,” said Matt McGlynn, Vice President, Brand Marketing, RBC. “We look forward to working with our partners at ROKiT Williams Racing in 2020 and cheering on Nicholas from his home country.”

ROKiT Williams Racing is pleased to announce Lavazza as an Official Team Partner for the 2020 FIA Formula One World Championship season.

The Lavazza logo will make its debut on the FW43 challenger at the season-opening Australian Grand Prix. As well as on-car branding, Lavazza will be featured throughout the ROKiT Williams Racing garage and hospitality areas, on teamwear and race suits of George Russell and Nicholas Latifi.

Founded in Turin in 1895, Lavazza has been owned by the same family for four generations. It is among the leading coffee roasters in the world and has a sales presence in more than 140 countries. Lavazza’s strategy of international growth has led to collaborations in the world of sport, and they have supported the motor racing career of Canada’s Nicholas Latifi since 2016.

Deputy Team Principal of ROKiT Williams Racing, Claire Williams, commented: “Lavazza and ROKiT Williams Racing share similar values, we build our businesses around passion for work, and for our product. These attributes around innovation and entrepreneurship provide solid foundations for our companies to build a strong partnership. I look forward to working with Lavazza and welcoming them into Formula One, for the 2020 season.”

Lavazza Group Chief Marketing Officer, Sergio Cravero, commented: “We are thrilled to keep supporting our young ambassador and talent Nicholas Latifi in his new journey in Formula One with the ROKiT Williams Racing team. Through these important partnerships, perfectly in line with our internationalisation strategy, Lavazza is able to develop its brand awareness and to spread the Italian coffee culture all over the world.”