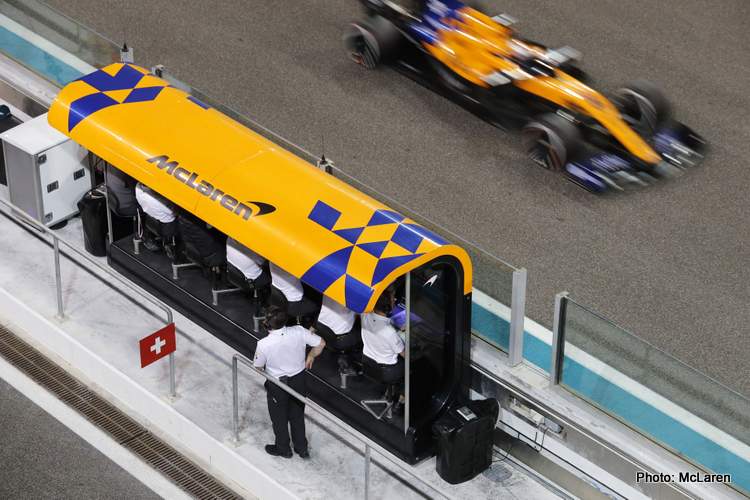 While sponsors jump-ship from the slowly sinking Williams team, McLaren have been on hand to scoop a major sponsor from the Grove outfit.

Earlier this month Unilever pulled their Rexona backing from the Williams, and today they announced a deal to remain in Formula 1 with McLaren in the wake of a year which has seen the Woking team improve vastly and end last season Best-of-the-Rest with their popular young drivers Carlos Sainz and Lando Norris.

McLaren Racing has today announced a multi-year technical partnership with Unilever, starting in the 2020 Formula 1 season. Through McLaren’s global reputation and expertise in high-performance engineering and operational excellence, the partnership will aim to drive developments in the following areas for Unilever:

Innovation is at the heart of McLaren: from competing in the most advanced racing series in the world, pioneering automotive design and applying technologies and methodologies to industries as diverse as pharmaceuticals, FMCG and aviation.

McLaren and Unilever believe that great breakthroughs come when diverse minds and skillsets come together in a bold spirit of learning and challenge.

Zak Brown, Chief Executive Officer, McLaren Racing said: “McLaren and Unilever are two organisations with a global reputation for innovating, inspiring and leading in the technology industry. For more than 50 years, McLaren has been an innovator in engineering and the driving force behind cutting-edge technological firsts and pioneering breakthroughs. This partnership allows us to share knowledge and expertise between two global organisations, developing in integral areas to both businesses. We are looking forward to starting this partnership in the 2020 season.”

Dave Penrith, Chief Engineer, Unilever said: “This is a very exciting partnership for both Unilever and McLaren. Together we will use our combined efforts to solve both current and future challenges with some of the best engineering minds in the world, and also develop the next level of talent within our companies. The application of McLaren technology and culture will be an important component as we make our business ever more agile, sustainable and responsive to customers and consumers.”

Unilever is one of the world’s leading suppliers of Beauty & Personal Care, Home Care, and Foods & Refreshment products with sales in over 190 countries and reaching 2.5 billion consumers a day. It has 155,000 employees and generated sales of €51 billion in 2018. Over half (60%) of the company’s footprint is in developing and emerging markets. Unilever has around 400 brands found in homes all over the world, including