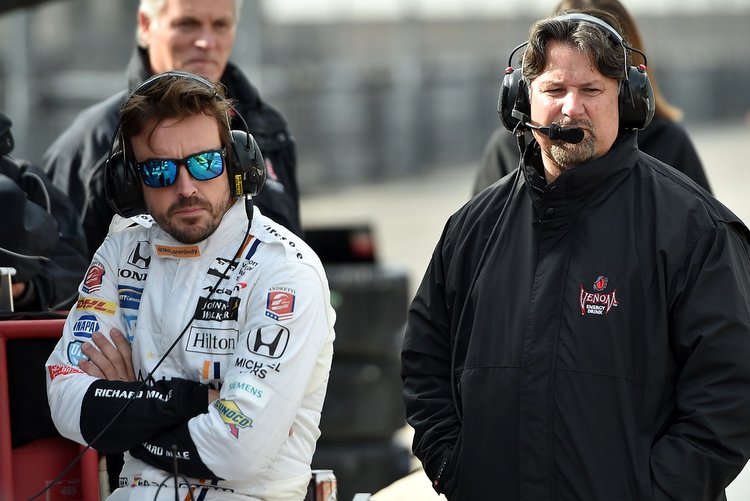 Double Formula 1 World Champion Fernando Alonso looks set to return to contest this year’s Indianapolis 500 with Andretti Autosports, with sponsors the only hurdle to inking a deal for the Spaniard’s third attempt at winning the epic race.

The former McLaren driver is looking to continue his Triple Crown of Motorsport quest after an embarrassing attempt last year in which he failed to qualify with McLaren’s shambolic effort. In contrast, he led the race in his 2017 Indy 500 debut and was among the leaders near the end of the race when his engine expired.

During his time at the Brickyard, Alonso won over the hearts and minds of fans and media alike, while rivals relished going up against a driver regarded among the best of his generation.

As for reuniting for the 2020 Indy, Andretti told Racer, “It’s not done yet but it’s looking pretty good. We want it to happen, and I’ve just got to figure out how to get it funded. I think we can find a sponsor, but do I roll the dice, sign him and then hope to get it funded? I really enjoy working with the guy, and I want to make it happen.”

Interestingly, Andretti has somehow (or is in the process) convinced Honda to provide engines for Alonso despite the animosity he caused in his headline-grabbing criticism of the Japanese manufacturer’s problem packed programme with McLaren. Remember the “GP2 engine” radio message?

However, the Indycar team boss suggested that Honda are on board, “We talked about it and it’s possible, but nothing before Indianapolis. I don’t want to do anything to hurt our other efforts, but it would be great for the series.”

This latest development means Arrow McLaren SP won’t run him as was expected at one point. However, the foray with Andretti is said to have been supported by McLaren CEO Zak Brown.

Meanwhile, Alonso is tackling the Dakar Rally in Saudi Arabia as a rookie with Toyota Gazoo Racing the team that also provided him with the WEC LMP1 to win twice at Le Mans, in 2018 and last year.

Right now 38-year-old’s face is still absent from the man-size Borg-Warner trophy thus, in May, he will again have a chance to emulate Graham Hill by winning the trio of the sport’s great ‘grand slam’ races in three decidedly different disciplines: the Monaco Grand Prix, the Le Mans 24-Hours and the Indianapolis 500 – the Triple Crown of Motorsport – two down one to go for the man from Oviedo.