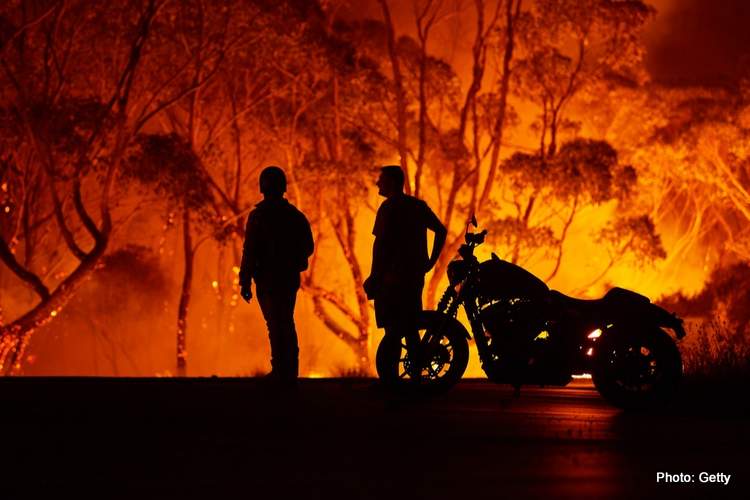 Daniel Ricciardo has weighed in on the bush fire catastrophe that is affecting Australia, calling on people to donate while offering a race suit up for auction to raise funds to aid in the rescue and fire-fighting efforts.

The Renault Formula 1 driver said on an Instagram video: “An important message, as the world already knows, Australia is suffering with some severe devastating bushfires. So a couple of messages, firstly donating, anyone who is kind enough to donate please do.

“There is the Australian Red Cross, there’s Wires Wildlife Rescue. I’m sure there’s a bunch more but these are two I’ve donated to and please if you can.

“My race suit I’ll race with at this year’s Australian Grand Prix, I’ll sign that and we’ll raffle that and all proceeds will go to those two charities as well. Details to follow.”

Ricciardo concluded: “Thoughts with everyone who is suffering through this time and let’s act on it.”

Fires have ravaged more than 8-million hectares (19.8-million acres) of land across the country, an area nearly the size of Austria, killing 25 people, destroying thousands of building and leaving some towns without electricity and mobile coverage.

Police on Monday confirmed the death of a 71-year-old man on the south coast of New South Wales (NSW) state who was reported missing on Dec. 31.

A second day of light rain and cool winds brought some relief from heat-fueled blazes that consumed parts of two states over the weekend, but officials warned the dangerous weather was expected to return this week.

Victoria state Premier Daniel Andrews said about 400 people were airlifted on Sunday out of Mallacoota, a small, coastal holiday town.

“We had a plan to airlift another 300 out today. Sadly smoke means that is not possible,” he said.

Prime Minister Scott Morrison, who has come under criticism for what opponents call his government’s failure to tackle climate change, announced A$2 billion ($1.4 billion) over two years for a newly formed National Bushfire Recovery Agency.

“What we are focusing on here is the human cost and the rebuilding cost for people’s lives,” Morrison told reporters in Canberra.

Dean Linton, a resident of Jindabyne in the Snowy Mountains, used the break in the immediate threat to his town to visit his wife and four children who had fled to Sydney.

He also picked up a fire-fighting pump and generator to help him protect the family home.

“There’s a lot of fuel in that national park; it would only take one lightning strike,” Linton told Reuters.

The bushfire season started earlier than normal this year following a three-year drought that has left much of the country’s bushland tinder-dry.

Following are some of the latest developments: