Häkkinen: Lewis is at the top of his game 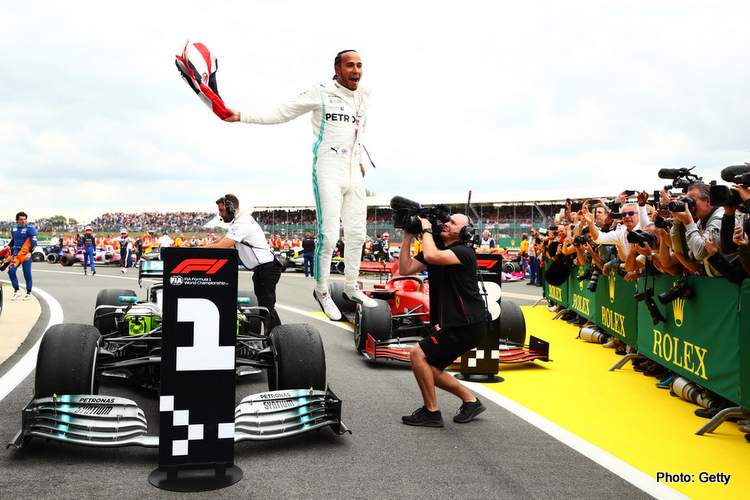 This is what Mika had to say in his recent Unibet column:

“Lewis Hamilton’s domination of the final race of the season was the best possible conclusion to the year for the six times World Champion. He was in complete control, sounded calm and focused when speaking to his engineer on the radio, and looked very happy afterwards. Lewis is 35 years of age next month and completely at the top of his game.

“This was also Mercedes’ sixth successive victory in Abu Dhabi, a circuit which suits their car and its tyre usage. It is also a track Lewis enjoys – this was his fifth victory at Yas Marina – and it was good to hear him tell David Coulthard after the race that he really appreciated the young talent coming through in Formula 1, and how much he enjoys racing them.”

Verstappen and Leclerc are the future of the sport

“It was appropriate that Max Verstappen and Charles Leclerc joined him on the podium, therefore, because at 22 years of age they represent the future of the sport. We have seem some outstanding performances from them this year – winning races and positioning themselves as future World Champions in their own right.

“This year has been an important one for Max. In the first half of 2018 he made some mistakes, overdriving a car which was not quite quick enough, but he settled down and this year has been formidable. His race victories in Austria, Germany and Brazil showed how strong he is and how well the Red Bull Honda partnership is working.

“The engineers at Honda still need to find some additional power to close on Ferrari and Mercedes, but when you consider that Max finished third in the World Championship for Drivers this was a significant achievement.

“Charles’ podium finish for Ferrari in Abu Dhabi came in spite of the team getting a €50,000 fine for incorrectly fuelling his car and this, together with a poorly executed first pit stop for Sebastian Vettel, underlined that the team continues to suffer operational problems.

“Without any disrespect to either Pierre Gasly or Alex Albon, if Red Bull Racing had benefitted from a consistently strong teammate to Max throughout the season Ferrari might have struggled to finish 2nd in the teams’ World Championship. The fact that Max beat both Charles and Sebastian is notable.”

Binotto has a challenge in Vettel-Leclerc

“Ferrari remains a strong team, of course, and the straight-line speed of this year’s car was quite incredible. However, they cannot afford to make operational mistakes, strategy errors or suffer internal tension in the team if they are to beat Mercedes and Red Bull Racing next year.

“This is only the second time in his Formula 1 career that Sebastian has been outperformed by a teammate, Charles winning two Grands Prix to Sebastian’s one, and the young Monegasque took pole position in one third of the races.

“The two drivers clearly push each other but, as we saw when they collided in Brazil, team boss Mattia Binotto has a challenge to get them to work together in the same way that Hamilton and Valtteri Bottas deliver for Mercedes.”

Bottas has really grown this year

“Valtteri would have finished on the podium in Abu Dhabi if he had not been forced to start the race from the back of the grid, and then get held up by the failure of the DRS system for the first 20 laps. That fourth position was as much as he could have hoped for in this race.

“At the end of his best-ever season in Formula 1, Valtteri has really grown this year, and in my opinion the Hamilton-Bottas partnership represents the strongest lineup when you consider speed, talent, years of experience and team mentality.”

McLaren are really looking forward to 2020

“I should mention Kimi Raikkonen’s performance this year for, although he finished 13th in Abu Dhabi, he outscored his Alfa Romeo team mate Antonio Giovinazzi 43pts to 14pts this season and finished in the points in seven out of the first 10 races.

“Compared to teams such as McLaren, Renault and Racing Point, Alfa Romeo’s car performance dropped slightly in the second half of the season, and Kimi will hope that they can unlock a significant step this winter.

“Carlos Sainz and Lando Norris have both performed strongly for McLaren this year, and when Carlos overtook Nico Hulkenberg on the last lap of the race in Abu Dhabi to score one point and finish sixth in the Drivers’ World Championship it gave the team a fantastic end to the year.

“Carlos is a very intelligent driver and now has five years of experience in Formula 1 behind him. He has forged a strong partnership with Lando who, as a 20-year-old rookie, has had a very strong debut season and scored another strong 8th on Sunday.

“With McLaren finishing fourth in the Teams’ Championship the team with which I won both my titles has made a strong recovery this year. They are really looking forward to 2020.”

Teams and drivers have very little time to relax

“The [season finale] Abu Dhabi Grand prix was the first time since 1963 that Formula 1 has held a race in December, and with the first round of the 2020 Formula 1 World Championship starting in 14 weeks time testing has already started in Abu Dhabi.

“There will a record 22 races next year – six more than when I won my titles in 1998 and 1999 – and these include a return to the Netherlands and a new event in Vietnam. The teams and drivers have very little time to relax, and the intensity of competition is higher than ever.

“Based on the second half of the 2019 season I expect 2020 to be closely fought, with at least three teams and six drivers in a position to win races. Roll on Melbourne!”