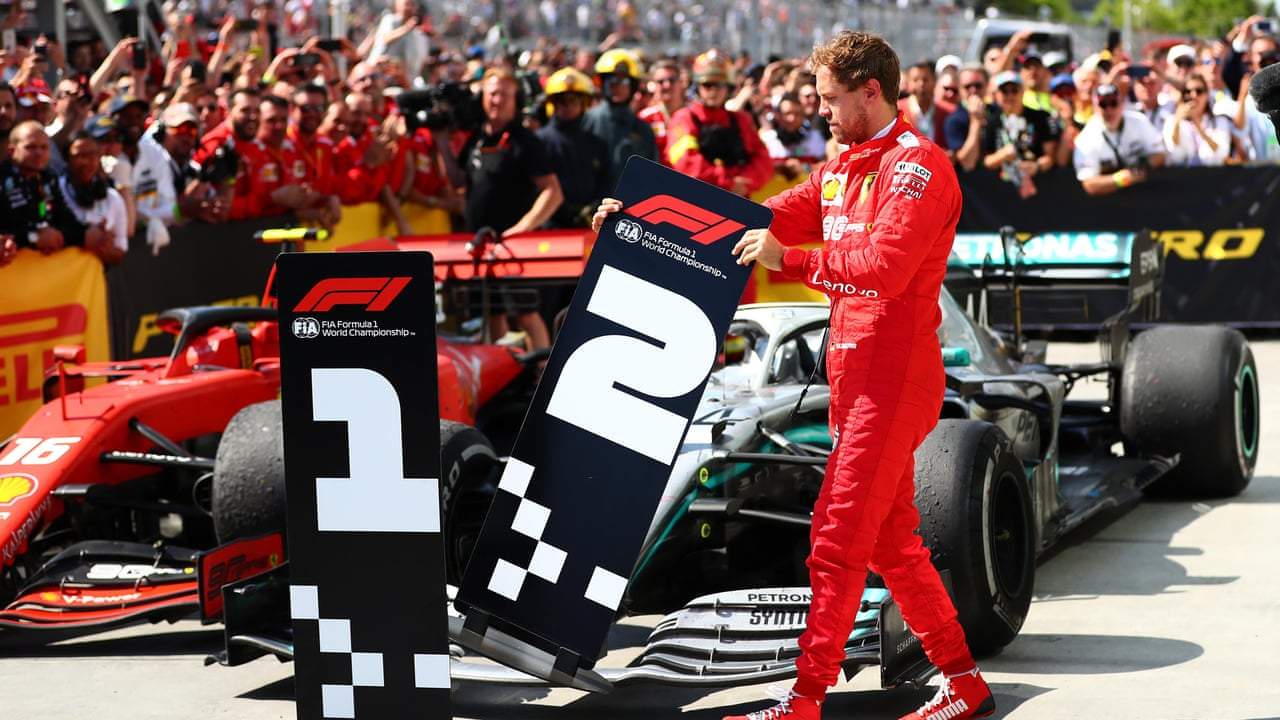 Not the first – or the last – time Sebastian Vettel made a glaring mistake in his career, none made waves quite like this one.

The error that launched a thousand comments, Vettel’s lap 48 off at turn three, near-miss with Lewis Hamilton in rejoining the track, and subsequent five-second penalty which demoted the German from the lead was the story that kept on giving.

For the days and weeks afterwards, it was really all anyone could talk about, which was understandable given there was so much to dissect. You had not just the discussion of whether the penalty was warranted, but Vettel’s reaction (who can forget him switching the place markers?)

Ferrari’s reaction (lodging a protest with “new evidence” which turned out to be just Karun Chandhok’s analysis on the SkyPad) and also, how the incident fit into the wider catalogue of Vettel cock-ups and his place as the Scuderia’s number one driver.

Normally in the two-week break between races such as this one and the next at Paul Ricard, the F1 news cycle tends to be desperate for anything new by the second half of the fortnight, but with this the flames continued to burn all the way through, and indeed, as the four flags at Maranello will attest, the Scuderia is still smouldering.

Canada was another error by Vettel which have become increasingly frequent in recent years, and particularly this season. Apart from his tantrum-meltdown live on TV it also, for me, marked the end of his reign as the ‘numero uno’ at Maranello with Charles Leclerc in the ascendancy.

In fact, the race in Montreal mirrored his year: he had the car, he had the pace but too many mistakes. And these are now exposed by the guy in the sister car who is delivering for the Reds.

Vettel was left wanting, on that day he swapped the numbers in front of the cars, suggesting he was the winner – but in fact, he was the biggest loser on that day – ditto his entire season and with it, he gave us a story that hasn’t stopped giving. (Paul Velasco)