Verstappen: Lewis is one of the best ever but he can be beaten 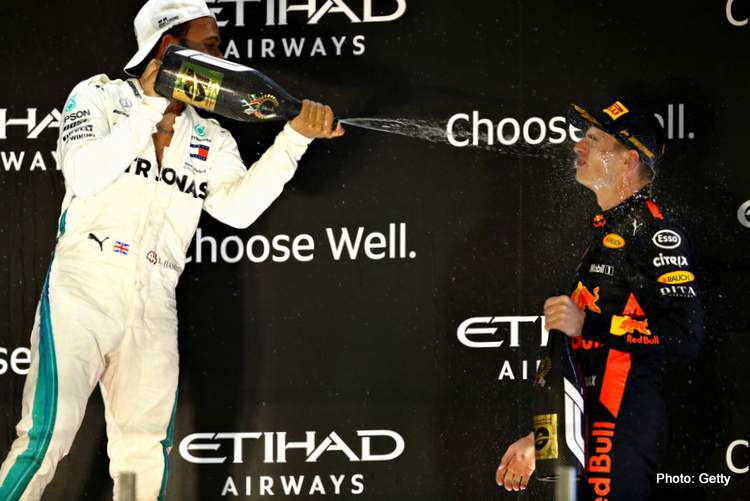 Max Verstappen says the majority of the drivers in Formula 1 would become world champion in a Mercedes, but at the same time acknowledges that Lewis Hamilton is one of the greatest of all time but beatable.

The 22-year-old Red Bull-Honda driver, who is targeting the title for 2020, insists that his claim is not a jibe at six-time world champion Lewis Hamilton who he says he respects highly.

“I am just confident to say that it would have been the same for me if I had been in that car,” Verstappen told Ziggo Sport. “Sixty-percent of the drivers in the field would become F1 world champion in a Mercedes. It all just depends on the car.

“He is definitely very good and is one of the best Formula 1 drivers of all time but he can be beaten,” the Dutchman added.

When asked to name some of the remaining 40 percent who wouldn’t win even with a Mercedes, Verstappen replied with a smile, “I’m not going to talk about that.”

How good the Mercedes W10 was this past season was illustrated during testing in Bahrain, earlier this year, when Williams rookie George Russell and Formula 2 journeyman Nikita Mazepin topped the timing screens when they drove the car at the time.

Previously, Verstappen has not been shy to criticise Hamilton’s teammate Valtteri Bottas, turned wingman, in the other Silver Arrows.

The Dutchman pointed out earlier this year that the Briton is hardly challenged by the Finn, “He has a very good car and his teammate is not there anyway. When the whole team is all about you, it’s a lot easier. And the better your car is, the easier it is again.”