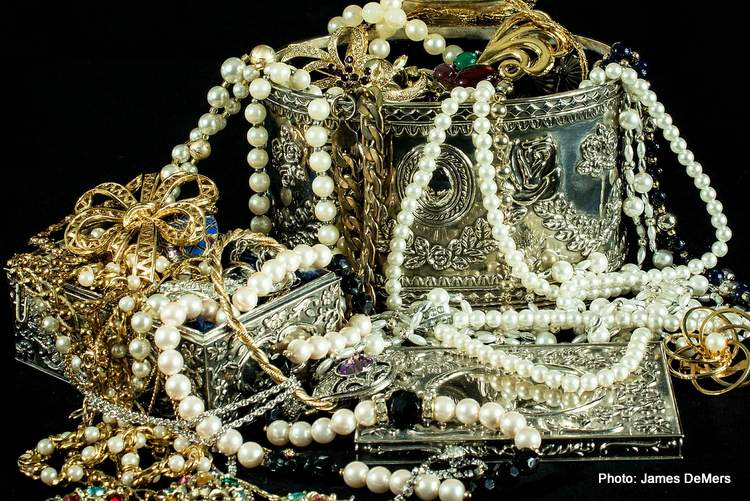 So, I admit it. Inspired by the way a then 33-year-old Bernie Ecclestone indisputably pulled off the Great Train Robbery of 1963, I was the one who stole $60-million (US) of ridiculously expensive shiny stuff from his daughter’s $100-million London mansion.

And d’ya know what? You don’t give a damn. Or maybe, it’s already making you chuckle? Well, prepare to applaud, as well.

Adjusted for inflation, the Great Train Robbery of 1963 was actually just as lucrative as The Great Ecclestone Fortune Liberation of Christmas 2019. In fact, the 2.6 million pounds stolen from a Royal Mail train heading from Glasgow to London would actually be worth an incredible $300 million today. So Bernie’s original sin was actually far greater. Think about that.

Although I’m not in any way condoning the crimes allegedly committed by Bernie in 1963, and admittedly committed by me in 2019, both feats were really quite brilliant. One of Bernie’s 1963 cronies, Roy James, was a better getaway driver than he was a racing driver, but he eventually got a job as the guy who made the Formula 1 trophies. I bet you didn’t know that.

So he was just Bernie’s mate? Yeah, Roy also shot his father-in-law and strangled his ex-wife after a lovely day out with their kids. So while he never went down for the train robbery, he did do time for his domestic disputes and ultimately got what was coming to him in the form of a heart attack or three.

Bernie denies being involved in the robbery, of course, even though the timeline falls somewhere between his failed career as a racing driver and becoming one of the world’s most successful sports entrepreneurs ever.

“There wasn’t enough money on that train. I could have done something better than that,” he said recently.

Well, he certainly did do something better than that, amassing an incredible fortune but then losing most of it to what can only be described as an (forgive me, father) evil woman. You see, ever the very smart and savvy billionaire, Ecclestone officially disowned most of his fortune (in the eyes of the tax man, anyway) by gifting it to his infinitely taller former fashion model wife Slavica.

But then Slavica robbed that train. And kept the loot. And gave it to her lovely daughters.

Oh, the things I could say about Bernie’s lovely (ahem) daughters, Tamara and Petra! Oh, the fun I could have! Oh, the feminists I could enrage!

But I won’t. I’ll let Bernie do that. “She buys loads of shoes and bloody clothes. Unnecessary. Completely unnecessary!” he said.

Oh, f*ck it. I’ll just briefly describe them for you, and try really hard not to be rude…

Think of a couple of Barbie dolls but reduce the beauty score from 10s to about 3 and 1.8. Now leave the Barbies out in the Australian sun for a summer season. Put 200 Hermes handbags in a closet bigger than your own home. Add an entitled snarl (Petra) and the sort of pose and grin as if imitating Miss Universe (Tamara), and you’ve got the picture.

But back to Bernie, the son of a humble fisherman, who made his first few honest dollars as a schoolboy, getting up at the crack of dawn to buy fresh buns wholesale at a bakery before selling them for a tidy profit to his peers.

“Well, the money was there for them to use,” Bernie said of his daughters’ ridiculous spending. “If it runs out, they’ll have to find something else to do.”

When I was planning the robbery by scouring Tamara and husband Jay Rutland’s hundreds of detailed photos on social media, and (when my head wasn’t in the puke bucket) watching episode after episode of her reality TV show Tamara’s World, I noticed that the mansion – a limp-wristed stone’s throw from the Duke and Duchess of Cambridge’s Kensington Palace mansion – has almost as many butlers and housekeepers (50) as the mansion has rooms (57). I also noticed where all the safes are.

So that was handy.

The only question here is whether Tamara’s vacuous and wasteful spending bothers Bernie as much as it bothers me.

“Doesn’t bother me,” he said. I don’t believe him. And neither do you.

But the silver lining here is that losing almost $60-million in jewellery didn’t particularly bother Tamara and Jay, either. Sure, it totally ruined their original plan to head to Lapland, so they decided instead to divert their private plane to the luxury Swiss resort of Gstaad, Switzerland, instead.

The Daily Mail has published staged (because what self-respecting pap takes photos of Tamara Ecclestone?!) Paparazzi shots of her and Jay walking their $10,000 lapdog in the quaint town and reportedly spending $589 on skis, $294 on girl’s ski boots, $76 on ski poles, and $228 on a pink ski helmet.

So they’re not exactly counting pennies.

Before the robbery, if I’d lost $60-million in the last few days, I would now be precisely $60-million in debt to someone. And that really would spoil Christmas.

Mercifully, I am now exactly $60-million in the black, having gained access to Tamara’s safes via the garden and open window. Thank God the guard, sitting alert in the CCTV room, and every single one of the other 49 staff including another guard who popped out to get petrol at precisely the time of the heist, failed to spot me. I guess it was just my lucky night.

Jay Rutland pre-empted my confession by posting a meme on Instagram insisting he knows I’m lying. But I’m really not. Luckily, I was spotted in Australia on the night of the heist, which is a pretty solid alibi, but Tamara’s on my side, posting: “For there is nothing hidden that will not be disclosed, and nothing concealed that will not be known or brought out into the open.”

She credits Luke 8:17, but Tamara’s wise words are dead right.

The $60-mil (currently hidden) will soon be deposited into the bank account of my old mate Paul Stoddart, who will be instructed to buy Racing Point, sack Lance Stroll, and bring Minardi back to Formula 1.

Who the eff wants to say I’m not the moral one?

* DISCLAIMER. I may be joking.