Verstappen: Leclerc has no say if I get a Ferrari seat or not 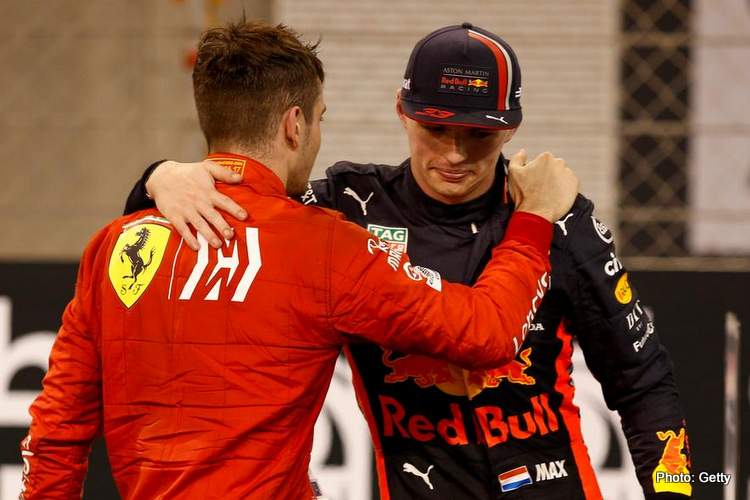 There is no doubt that Max Verstappen and Charles Leclerc are set to dominate Formula 1 headlines for the foreseeable future and their rivalry, that dates back to their karting days, is now in the spotlight on the world stage.

Thus no surprise that Verstappen does not see himself ever sharing a team with the Monegasque, let alone Ferrari where the Dutchman bonfired whatever bridges he may have had to Maranello when he accused the sport’s most famous team in the sport of cheating.

Speaking to Ziggo Sport, Red Bull’s star driver said, “Don’t think that will happen. I get along well with him and it’s hard racing between us, but that is part of it.”

Even before Verstappen’s ill-advised comments, it would be highly unlikely that the Reds would have countenanced putting the two young lions in the same cage.

Furthermore, 22-year-old Leclerc is clearly ‘the chosen one’ for the future of the Italian team, humbling his ten-year older teammate and four-time F1 World Champion Sebastian Vettel in the process.

But Leclerc’s Dutch archrival does not believe the fellow 22-year-old has the clout to prevent that from happening, “He has absolutely no say if I get a Ferrari seat or not. But I don’t think that will happen. You shouldn’t have two potential numbers one next to each other. He’s no pannenkoek [pushover] is he?”

The final year of the current era should be the closest ever of the hybrid era with Mercedes within reach if not usurped by Ferrari, with constantly improving Honda almost there and Renault as always talking the talk.

“We all want to win. We have the winners’ mentality in this team and we want to get back to those days of dominance. We want to win more races, which hopefully means we’ll be fighting for the title!” added Verstappen.