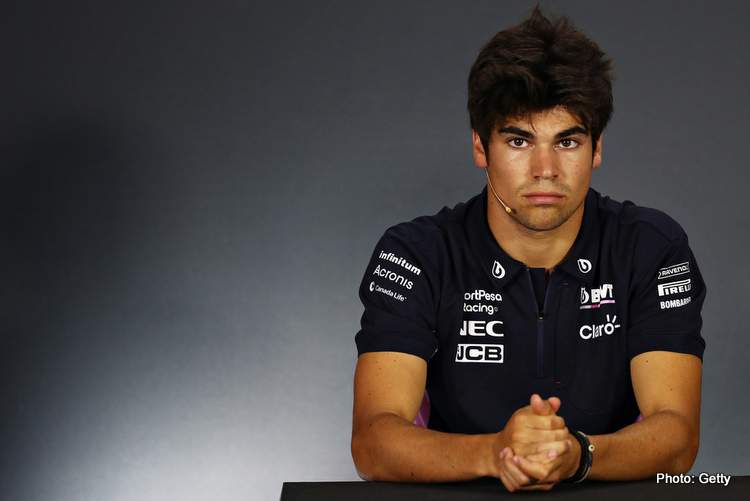 Well, let me quote one of my favourite people, the great (and late) Christopher Hitchens, who once so memorably declared that the grave will supply plenty of time for silence.

Another mantra that runs on repeat on my brain software is in the machine gun-like voice of Ben Shapiro: “Facts don’t care about your feelings.”

So in these ridiculously PC days, let me summon the courage to make my latest abhorrent declaration that will surely inspire a tsunami of demands for both my silence and my re-prioritisation of feelings above facts.

And, remember: it’s just an opinion, words are not violence, and I faintly recall being wrong on one or two occasions in the past.

Lance Stroll is… not very good.

So, before I stray into feelings-bashing rather than fact-announcing, let’s look at the facts:

But hang on! While point one is most likely incontrovertible, surely point two is controversial at best?

I mean, for the past (almost) twenty years of my F1 writing career, the usual F1 writers’ research about a driver’s seat-worthiness would involve reverting back to his actual on-track record and then remembering that even the great Michael Schumacher was once (and perhaps always was) technically a ‘pay driver’.

The latter feat was achieved in a field including George Russell, who will surely once day drive for Mercedes – and probably win the title as well. So it’s safe to say that Lance Stroll really is the real-est of real deals. Right?

Not just that, Lawrence reportedly had personally picked out former Michael Schumacher engineer Luca Baldisserri to look after his boy, plucked actual F1 people out of actual F1 to massage his every footstep, and even had a special high-tech simulator installed at Williams’ Grove HQ, which had been hand-picked as Lance’s first F1 team.

Is that all? Nooooo.

Personally supported by what could be described as a 20-strong ‘Lance Stroll F1 team’ including five Mercedes engineers, Lance then began an unprecedented around-the-world private test program with a 2014 Williams, stopping off at Silverstone, Hungary, Monza, Austria, Barcelona, Abu Dhabi, Austin and Sochi for good measure.

“Motorsport is a sport where money is important, of course, so I’m very happy that my father helps me,” Lance said at the time.

Did anyone say ‘pay driver’?

It’s tempting to say the emphasis is more on the ‘pay’ than the ‘driver’, but it is true that Lance still had to do the throttle pressing and the steering wheel moving.

But other than that, it wasn’t really a rolled out red carpet for Lance so much as a gold-plated paddock pass personally printed by the father that we all wish we’d had.

I’m being rude? I think Lance will just have to deal with it.

In fact, apart from shutting critics like me right up (Lawrence, I’m open to offers), the only thing Mr Stroll has been unable to do is to convince an existing top team to hire his boy.

Why’s that? Well, the word on the street is that before Williams ever fired up Lance’s engine on the Melbourne grid in 2017, Dad had shelled out $80 million in loose pocket change on his lad’s ‘project world championship’.

And even with all that, he has struggled to stand out during his three seasons on the grid so far.

Granted, Lawrence did save a few thousand dollars in not consulting with a professional on the actual name of his very own Formula 1 team. And I have to concede that Racing Point at least sounds better than ‘Stroll’ (or ‘Walk’, ‘Dawdle’ and ‘Snooze’).

But what Project Stroll has proved is that while buckets of free-flowing cash are arguably more powerful than fuel and horsepower in F1, it is never a substitute for hunger. I’m not saying that a rich driver can’t be a fast driver. Not at all.

But has Lance ever learned that the hunger to win against all odds is the tastiest Hors d’Oeuvre known to man? Is it possible that we’re witnessing what happens when gazillions of dollars are poured over an admittedly physically well-coordinated human being? Result: Awesome lifestyle. No F1 greatness.

Yes, Schumacher was just as happy when he won his 91st race as opposed to his first. But that’s because this was the son of a bricklayer who never forgot what conquering the world from basically nothing felt like.

And you were reminded of that hunger not just when he did another ‘Schumi leap’ on the podium, but every time he deliberately drove a Hill or a Villeneuve off the track as well. In other words, money gives you Lance Stroll. Hunger gives you Michael Schumacher.

In my humble, provocative and no doubt feelings-hurty opinion, you can read it on Lance Stroll’s face every time he is photographed. And every time he is interviewed and gives another dull, insincere, entitled answer.

I don’t particularly want to bash the boy, but no matter what I write, and how rude you think it is, I think Lance Stroll will be ok. Dad will see to that.