Binotto: Giovinazzi must step it up to be a Ferrari driver 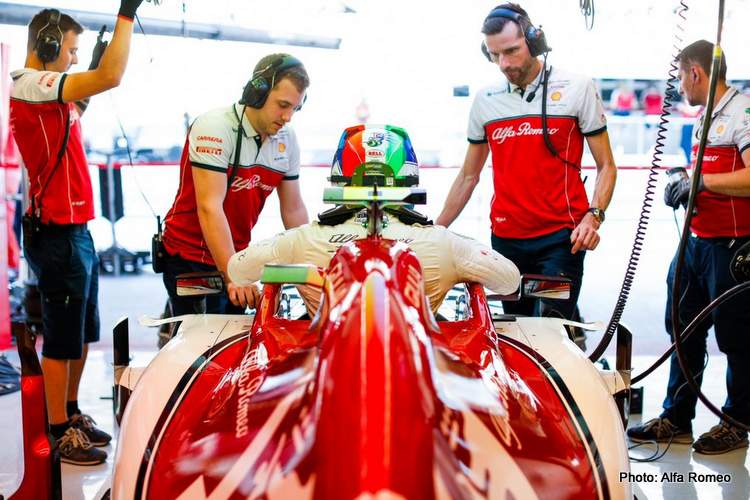 Antonio Giovinazzi is not ready to step up to a race seat at Ferrari according to the Maranello team boss Mattia Binotto after the FDA driver’s first full season in Formula 1 this year at Alfa Romeo.

In an interview with La Gazzetta dello Sport Binotto said of the young Italian, “At the moment it is premature to talk about it. I have positive words for Antonio because we believe he grew a lot in 2019. It was two years since he raced, which is not trivial for a driver.

“In the second part of the season, he was often very close or ahead of Raikkonen. I think the mistakes or difficulties he had at the beginning of the season very slowly disappeared. So he is growing.

Meanwhile, it has emerged from Maranello that Pascal Wehrlein will continue to spearhead Ferrari’s F1 simulator program.

“We have very experienced drivers in the simulator for next year,” team boss Mattia Binotto told motorsport-total.com. “Pascal will stay with us in the coming season.”

“We may also have less experienced F1 drivers who have been driving simulators for many years,” Binotto added.

The German report claimed the team boss was referring to Brendon Hartley, Antonio Fuoco and Davide Rigon, “The simulator is becoming increasingly important, so we will invest more there in the future.”

Elsewhere, Binotto was quoted as saying that Ferrari will expand its driver development ‘academy’ next year, “We are also looking for women drivers because women must also be part of the Ferrari driver academy. It is something we are working on at the moment to ensure it happens very soon.”