Will Guanyu Zhou be the first Chinese driver in Formula 1? 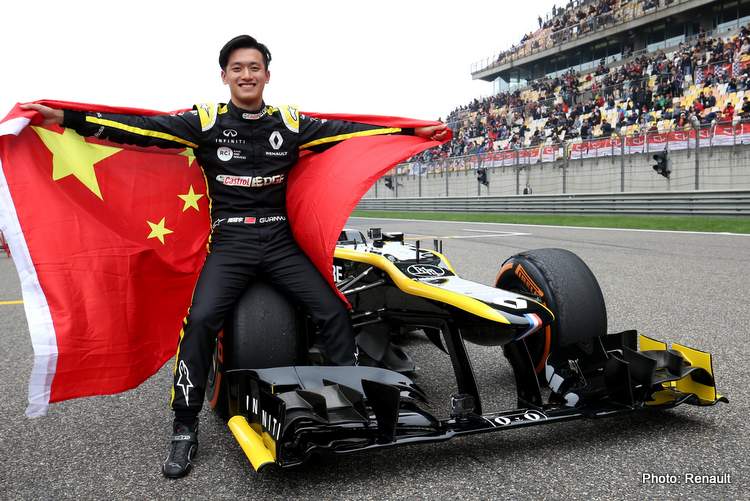 It was a touching moment during the 2019 Formula 2 Prize-Giving Ceremony in Monte Carlo when series CEO Bruno Michel handed the new Anthoine Hubert Award to Best Rookie of the year, Guanyu Zhou who could well become the first Chinese driver on the Formula 1 grid.

Hubert was killed in a horrific F2 accident at Spa-Francorchamps on the last day of August and the series paid tribute to the Frenchman’s legacy with the Award whose first recipient was this year’s standout F2 rookie.

On receiving the Award from Anthoine’s brother Victhor Hubert, Zhou said, “It is a huge honour to be receiving this special Anthoine Hubert Award for the Rookie of the Year.

“I think that it is something that will be a great memory for me, and for this year. I am wishing Anthoine all of the best up there, I am trying to do him proud and I will continue trying to make him proud for the rest of my racing career.”

The 20-year-old from Shanghai signed with the Renault Sport Academy in January for 2019 alongside his role as Development Driver for Renault F1 Team.

This he dovetailed with his F2 rookie campaign in which he scored five podium places, one pole position,  two fastest laps and ended with 140 points to finish seventh in the F2 championship standings.

Zhou reflected in his season review, “We started the season well, much better than expected, and we were fighting for victories and podiums. I was the only rookie to be doing that consistently with three podiums coming in Feature Races.

“It was nice to be up there in the championship all the way through and competing for the top five. Ending the year with a podium finish was a good way to close out the championship.

“I learned a lot from experienced drivers, especially my team-mate who has made me a better driver for the future. I’m now looking forward to the challenge ahead over the next few years. I’d like to say a big thanks to the team and to Renault F1 Team for helping me massively this year.”

“On the Formula 1 side, it’s been an unbelievable season. With the opportunities I’ve had, a few dreams have come true. I was honoured to do the Formula 1 demo in the city of Shanghai, I never expected that to happen, and also driving an F1 car on the circuit before the 1,000th Grand Prix was special as well.

“At the home of the team at Goodwood, I climbed up the hill for another Formula 1 demo, becoming the first Chinese driver to do so. It’s been an emotional year and hopefully, there’s more of that to come in the future,” added Zhou who will go all out in 2020 to win the F2 title as he makes a case for himself to be given a chance in the top flight.

Big Question: Will Guanyu Zhou be the first Chinese driver on the F1 grid?