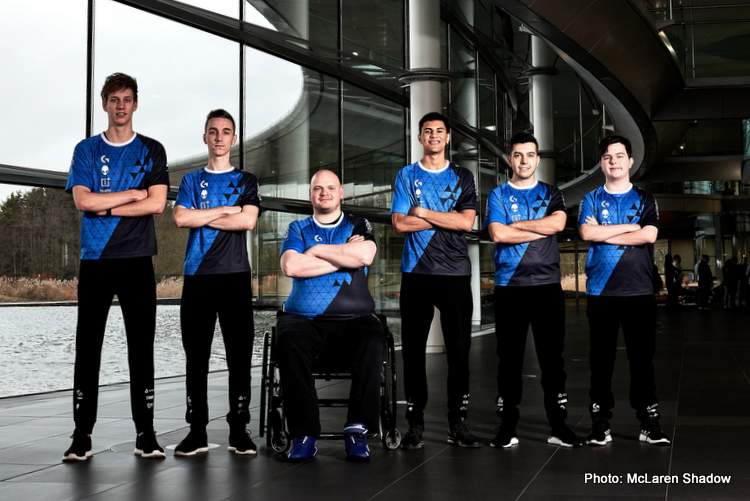 Slovenian student Kevin Siggy Rebernak secured a place on the McLaren esports team on Saturday after emerging from hundreds of thousands of entrants to win the Shadow Project final.

The 21-year-old, who is studying game design, beat five other finalists in the showdown at McLaren’s Woking headquarters.

The six included 33-year-old German gamer Jan Saathof, who uses a wheelchair and competed without pedals on a specially adapted rig.

“We’ve done everything we can to accommodate him and we thinks there’s definitely some (disabled) talent out there that should be able to drive in these type of series.”

More than half a million gamers entered last year’s competition and more were expected for the 2019 version. All this year’s finalists were men but McLaren are considering how to give women a better chance in future editions.

“We’ve identified already from our qualifiers a couple of really fast women who were a little bit off the pace of some of the men but we think actually with a bit of coaching there’s no reason why they couldn’t be quite as fast,” said Bryant.

“That’s something which we are actively looking to do for 2020. We’re big fans of the (all-female) W Series and we talk to those guys quite often… we’d love to see some more women in motorsport.”

Bryant cited Italian David Tonizza, who won this year’s Formula One esports Pro Series for Ferrari’s Driver Academy but was passed over by all teams in 2018 when in the pro draft, as an example of someone who greatly improved with more training.

“He was not really that fast in 2018 and nobody picked him,” said Bryant. “Because he wasn’t competing, he went away for a year and trained really hard and he came back in 2019 and he was incredible.

“I think you probably need to take that longer view of actually saying ‘Right, this group of girls here have got great potential, let’s work with them for the whole year and get them in for the 2021 season’.”

Massive congrats to @jetplaner for winning the #McLarenShadowFinals! Truly deserved with almost a clean sweep. Happy with 3rd, but ofcourse not the result I aimed for. The last few weeks have been a very steep learning curve for me. Onwards and upwards to 2020! pic.twitter.com/9UNafRWucl