Podium for Alonso and friends at Dubai Kartdrome 24-Hours 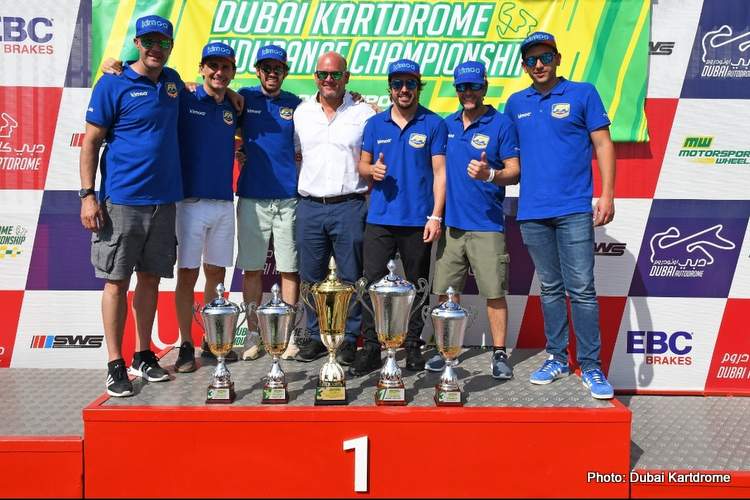 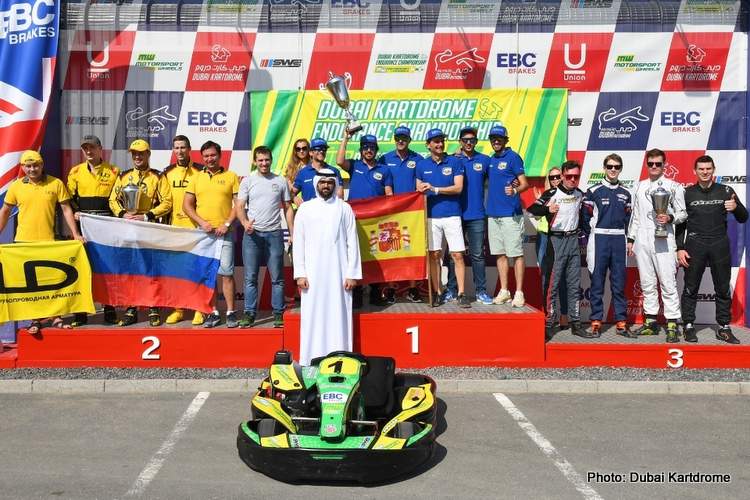 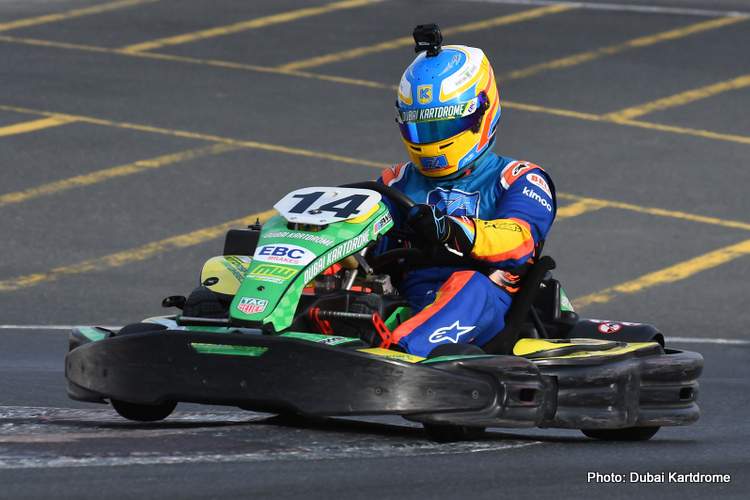 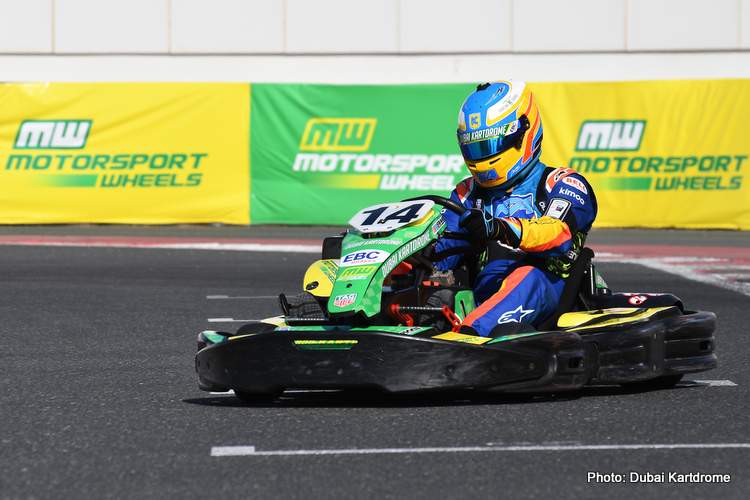 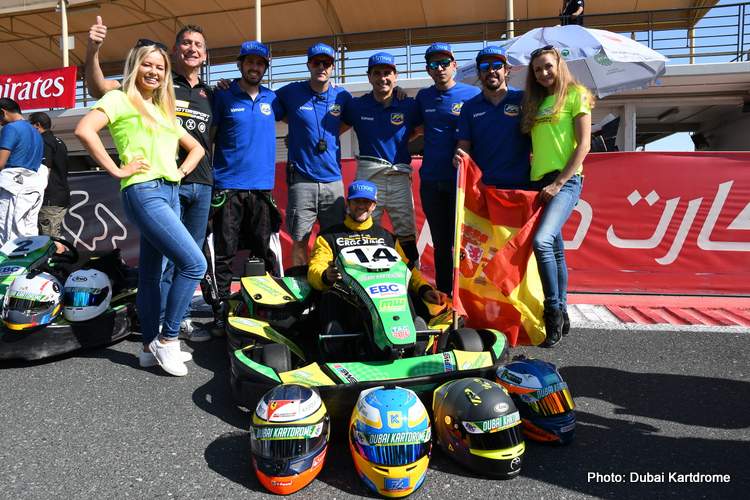 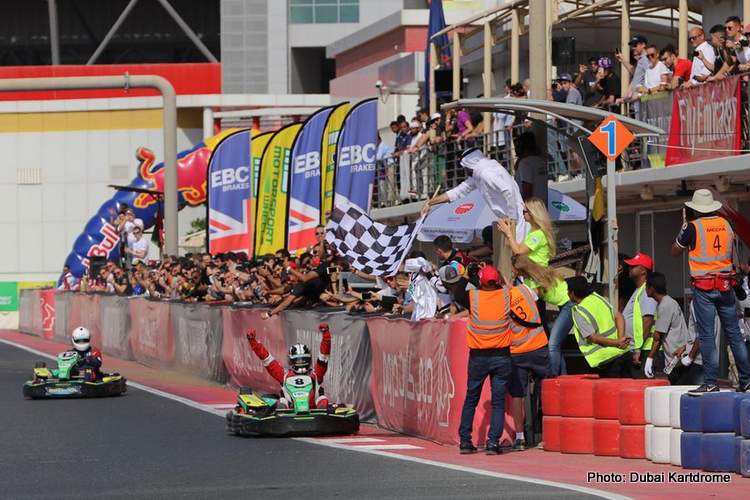 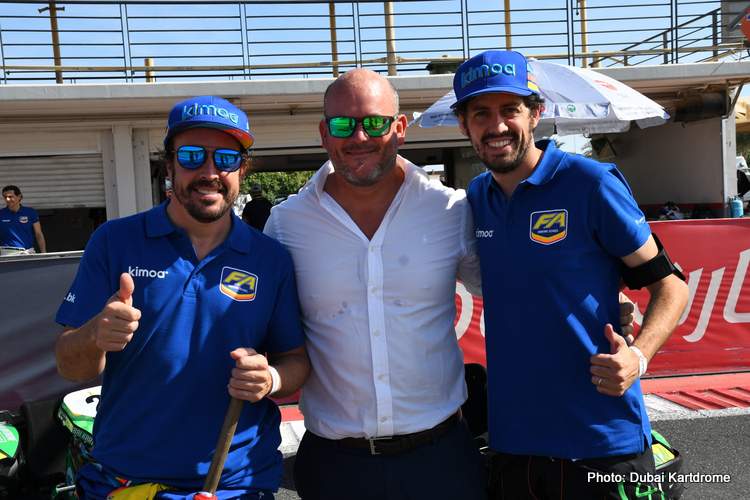 While most race drivers are chilling on an exotic beach somewhere relaxing after a tough season, Fernando Alonso relaxes by going racing.

The double F1-World Champion is driving the FA Racing #14 kart in the Kartdrome 24-Hours final round of the Dubai Kartdrome Endurance Championship Powered by Motorsport Wheels.

Alonso and his team contested the one-make Sodi W-Series (SWS), using Sodi karts, in the Pro-Am endurance event with an all Spanish lineup that includes former F1 driver Pedro de le Rosa as well as Alberto Albilares and Ángel Burgueño.

In Qualifying, Alonso did the business by claiming pole, fastest driver of all among the 33 teams in action at the event that has been running for over a decade and is considered the most prestigious of this genre of endurance kart racing.

Kartdrome Manager David Bright said of Alonso’s entry, “Since 2013, Fernando has been a regular visitor to Dubai Autodrome as, over the years, he has spent more time in Dubai.

“He entered a team in 2015 which also included Stoffel Vandoorne and Pedro who is here again with Fernando. Each year they take it a little more serious. But it is a very tough contest with a dozen or so serious teams all capable of victory. All with far more experience in this specialised format of karting.

“However Fernando takes it all in his stride, very friendly with his rivals and fans off-track. But when the start-lights go out, with his helmet on it is all about the racing and teamwork in a 24-hour race that is all about strategy, consistency of drivers and of course speed.

“His professionalism and passion for the sport are second to none, affirmed by the fact that he and his team are willing to swap their million-dollar race machinery for karts and simply enjoy racing. This also demonstrates the world-class level of racing at Dubai Kartdrome which has attracted top racing talent from around the globe,” added Bright.

At the Kartdrome on Friday, Alonso claimed the top spot start for FA Racing with a late fast lap in a closely fought qualifying session, in which a mere second covered the top 20 teams on the grid of 33.

In the race, perhaps lack of experience in this format of karting within FA Racing took its toll against the more experienced outfits, among them SWS world champions.

Nevertheless, they stuck to the mandate of consistency and pace to claim third-place overall and taking top honours in the Nations Cup for the all-Spanish outfit.

On Saturday, victory in the 15th edition of the race went to series stalwarts Emirates Racing – consisting of Arjun Manjunath, Romaldo Labrooy, Ramez Azzam and Tom Bale – who completed 1049 laps followed by Bin Drai Karting Team in second place three laps adrift of the winners and only 17 seconds ahead of third-placed FA Racing, for whom Alonso also claimed the fastest lap of the race.