Marko: The name Alonso makes the hair on their necks bristle 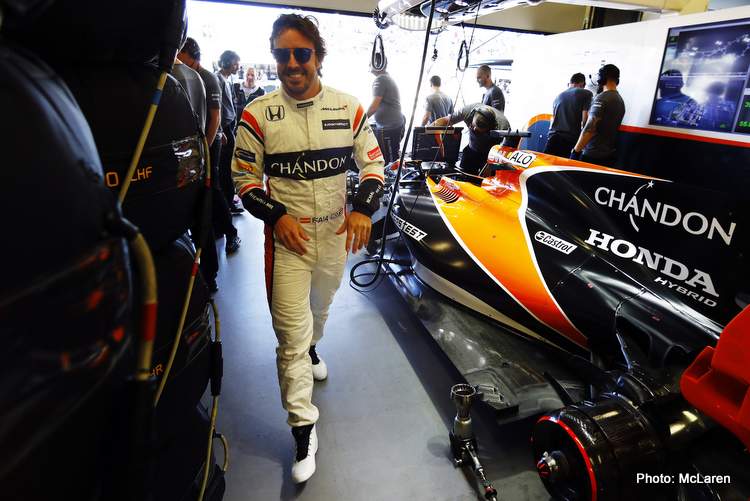 It has emerged that Liberty Media made an enquiry in the summer about whether there might be a seat at Red Bull for Spanish star Fernando Alonso for 2020.

That is the claim of Red Bull advisor Helmut Marko, who described F1 owner Liberty as the new “Alonso managers” who offered to help the two-time World Champion with a F1 comeback attempt for the driver who talked himself out of the top flight.

“We immediately said we have no need for Alonso,” Marko told Auto Bild. “It won’t work because our engine partner Honda won’t have it either. The name Alonso makes the hair on their necks bristle.”

However, Red Bull’s current driver lineup is Max Verstappen and Alex Albon, and Marko admits that the team could lose Verstappen after 2020.

“We have to give Max a car in 2020 with which he can become world champion. Otherwise, he will be gone,” said the Austrian. “Right now things are really going on behind the scenes. It will be decisive weeks,” Marko added.

Meanwhile, a return for Alonso to his former team McLaren also appears unlikely.

“We are convinced that both of our current drivers have the potential to become world champions,” team supremo Zak Brown, referring to Carlos Sainz and Lando Norris, told Auto Motor und Sport.

With no place in F1 for the feisty Spaniard, he will instead focus on the Dakar starting after Christmas, followed by a concerted effort at winning the Indianapolis 500 may in his ongoing quest for the elusive Triple Crown of Motorsport.