Ecclestone: I would not bet on Vettel staying beyond 2020 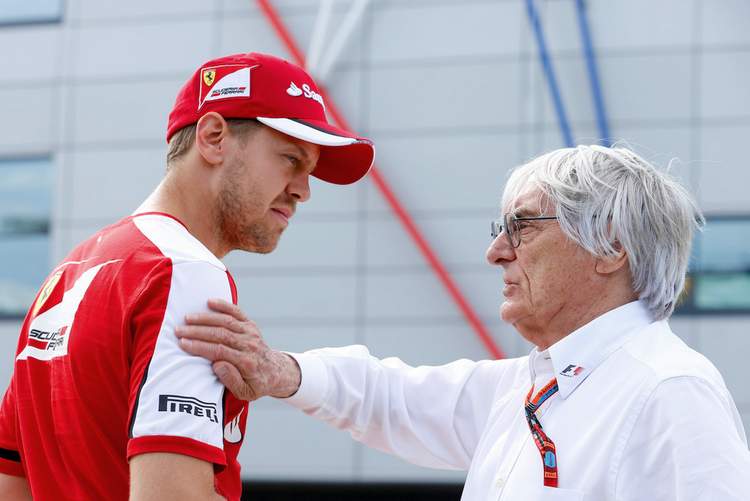 Former Formula 1 Bernie Ecclestone thinks Sebastian Vettel may have lost his hunger to win and won’t bet against the German quitting the sport at the end of 2020.

The pair’s on-track bickering also culminated in their clash in Brazil, but former F1 supremo Ecclestone thinks the main problem could be 32-year-old Vettel’s hunger.

“Recently, I have not seen his willingness to do anything to win,” the 89-year-old told Sport Bild.

In fact, Ecclestone thinks Vettel – a driver he has historically supported and called a friend – could even quit Formula 1 after his 2020 contract runs out.

“I would not bet on Vettel staying beyond 2020,” he said when asked if the German will be on the 2021 grid. “But he’ll make the right decision.”

As for 22-year-old Leclerc, Ecclestone admitted he has been impressed with Vettel’s 22-year-old teammate, “Young Charles Leclerc reminds me a lot of Michael Schumacher and he can become big.”

Although Vettel has not won a F1 world title since arriving at Ferrari in 2015, he has banked roughly $40-million per year at Maranello, with one more year to run on his contract.

Last month, Vettel told reporters of his future plans, “At the moment I don’t know, because I have no contract for 2021 but I expect that I will continue after next year.”