Outside Line: Reviewing My Bold Predictions 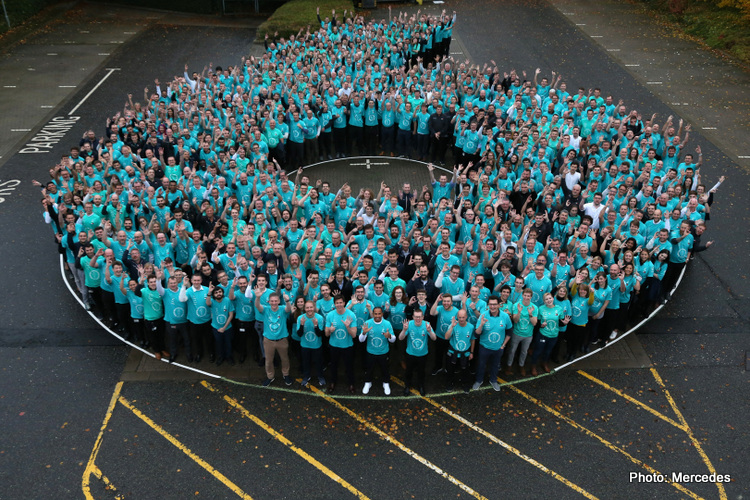 As 2019 comes to a close, the time has come to reflect on the year that was. For us media types, that usually means looking-back and critiquing the teams and drivers on how they performed over the course of the season, but today, I’m putting the spotlight on myself.

On the eve of the season’s start in March at the Aussie GP, I made five “bold” predictions for the coming season. Some less serious than others, but all worthy of scrutiny, so let’s see how I did:

If the prediction didn’t make it clear, I really didn’t rate Pierre Gasly coming into 2019, and, well… now I don’t know what to make of him. Obviously I wasn’t correct about the scores, but there’s no denying he was underwhelming in the Red Bull, and I did predict he would be dropped midseason – let’s just ignore the fact I thought it would be for Daniil Kvyat! On the flip side, he was very impressive once he reverted to Toro Rosso, although it will take a lot more than nine good races to get back on Helmut Marko’s good side.

The Verdict: Wrong, but kind-of right in spirit.

It might not be as bad as Alonso-Vandoorne was in 2018, but I’m calling this a win. Simply put, Perez showed the difference between a very good pay driver, and a middling one. Regardless, Lance isn’t going anywhere soon – and indeed might have an even higher place of prominence should his dad have his way, but this being his third full year in the sport, I’d suggest it’s unlikely he gets much better.

Prediction 3: Claire Williams will not be with the team by Monaco

Even before the season started, it was apparent Williams was a sinking ship, and the season-proper did nothing to assuage that notion. My thinking here was Claire would follow Paddy Lowe out the door amidst the mounting criticism, but to her credit, she hasn’t remotely wavered in her belief she can turn it all around. Still, the criticism isn’t going anywhere anytime soon, nor is the speculation her brother could take over – should the team keep on this downward trajectory, I wouldn’t be shocked to see a change at some point in the near future.

The Verdict: Very wrong… but I still might make the same prediction next year.

The Reality: This about sums it up.

Possibly the story of the 2019 season, Charles Leclerc’s meteoric rise in his first season with Ferrari brought him into direct confrontation with Sebastian Vettel on multiple occasions, culminating in the linked-above crash in Brazil. To be fair to Vettel, there hasn’t been quite the same level of animosity between the two that the German shared with Mark Webber, but just like his former teammate, Leclerc made it clear this year he wouldn’t settle for being a number two driver, and a butting of heads has followed. Maybe next year Mattia Binotto can succeed where Christian Horner couldn’t and wrangle in his drivers, but with them supposedly “free to race” again in 2020, I seriously doubt it.

The Verdict: Correct, and likely to continue.

Prediction 5: The 2019 F1 constructor’s champion will be Ferrari, but the driver’s champ will be Lewis Hamilton.

The Reality: Mercedes and Lewis do the team-driver double.

The sandbag-job to end all sandbag-jobs, like many others I fell for the mirage Ferrari put-up in preseason testing. Suffice to say, lesson learned, although I will give myself a little credit for picking Lewis regardless. Maybe the constructor’s would’ve been different if the Scuderia had not shot themselves in the foot as often as they did, but the SF90 turned out to be an inherently flawed car, while Valtteri Bottas proved a far more capable sidekick than I thought he would, making the 235-point gap the Silver Arrows ended-up with a fair reflection of their performance.

Big Question: How did you fare in your “bold” predictions?