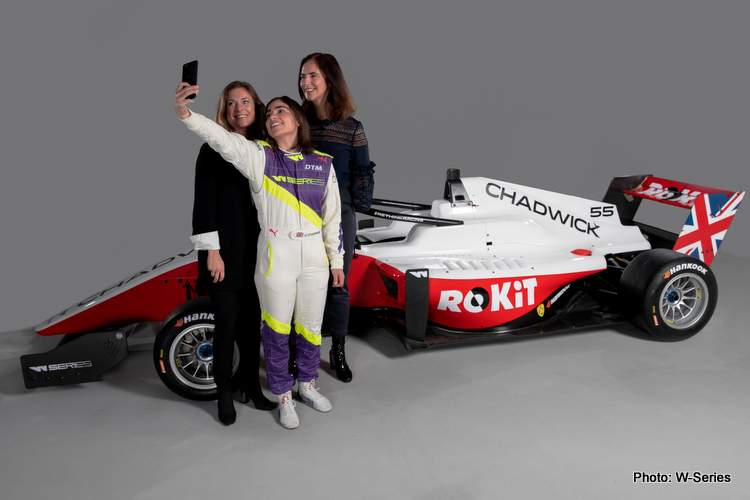 The all-female W-Series, which announced its first major sponsor at the weekend, is talking to several global brands amid increased interest in women’s sport at boardroom level, according to chief executive Catherine Bond Muir.

The fledgling series has teamed up with Williams Formula 1 title sponsors ROKiT, who also back the Monaco-based Venturi Formula E team.

A source indicated the deal was worth 10 million pounds ($12.83 million) over three years.

Both Williams and Venturi are run by women, Claire Williams and Susie Wolff, while inaugural W Series champion Jamie Chadwick is a Williams development driver.

“Three years ago nearly 98 percent of global sponsorship was going into male sport. And we all know that the world has changed fundamentally in the last two years,” Bond Muir told Reuters.

“A lot of boards are saying you cannot put our sponsorship into male-only sports any more.”

Bond Muir, who has said her series should break even in year three with sponsorship key to initial revenue generation, pointed also to the Olympic movement’s promise of gender equality across all sports at the 2020 Tokyo Olympic Games.

The W Series aims to help female racers climb the male-dominated motorsport ladder towards Formula One, which last saw a woman start a race in 1976, and has plans to expand beyond Europe.

“I think in the next few years we will grow into a global sport business,” said Bond Muir. “Where we’ve been lucky is we launched in a year where female sport exploded and there is increased interest in us for next year.

“We are having some fantastically interesting conversations at the moment, with proper global brands who understand what our journey is and hopefully they will come on board with us for that journey,” she added.

British entrepreneur Jonathan Kendrick, co-founder of the ROK group that includes telecoms company ROKiT, said the W Series sponsorship made business sense and had grown from the involvement with Williams.

“Originally this wasn’t a conscious decision to target female-centric teams,” he said in an emailed response to Reuters.

“As we… got to know Claire (Williams), we met other talented and dedicated women in the sport. I believe if more women were supported, in a sport where women have historically been marginalized, motorsports could open up to an even wider audience.”

Bond Muir also expressed admiration for Alejandro Agag, founder of the all-electric Formula E, and suggested her series could eventually follow his lead.

“Our progression of engine is going to be an interesting story. Are we going to have a more powerful engine in the future or do we stay at this level? I think there are lots of areas and places we could move to,” she said.

“Looking long term into the future, I wouldn’t want to be using a petrol engine. That’s not the way the world is going. Certainly we have to think about hybridisation or electric. Of course we do.”