Villeneuve: Honda not on same level as Ferrari or Mercedes 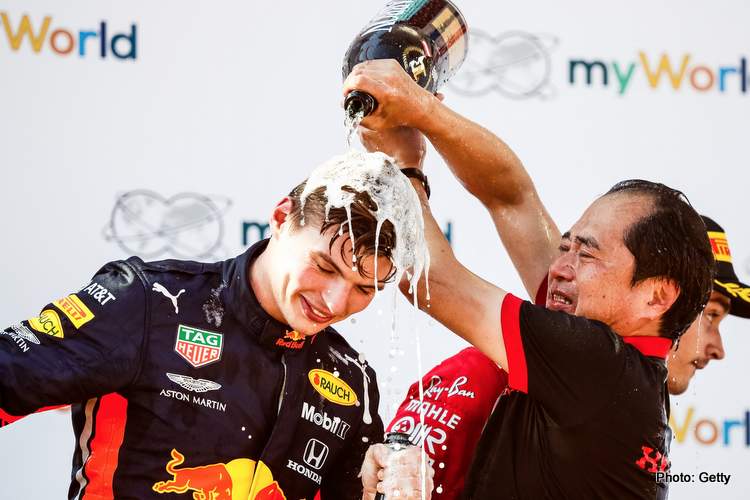 Much is riding on the energy drinks team’s performance next year, as Max Verstappen will be out of contract and Honda is yet to commit to the top flight beyond 2021.

Outspoken Villeneuve, a Honda-powered driver with BAR from 2000 until the end of 2003, acknowledged that Red Bull had a good race car but he questioned the improvement Honda has made this season relative to Ferrari and Mercedes.

“Honda is not on the same level because their power units aren’t able to do seven consecutive races,” the Canadian told motorsport-total.com.

Villeneuve said that if Honda did manage to stick with F1’s long-life engine rules “they would have less power” than their rivals.

The 1997 F1 World Champion was nevertheless impressed with the team’s ace Max Verstappen, “He drove fast and was focused, a surprise and really impressive but if Honda does not deliver a top engine, it won’t be enough for next year.

Meanwhile, Verstappen has been lobbying hard for Red Bull to raise their game ahead of the forthcoming season and ditch their label of ‘late-out-the-blocks’ that has tended to haunt them over the years

The Dutchman is adamant, “That cannot happen anymore. We have to be there from the start, not from the summer or the end of the season. From race one. Everyone here is well aware of that.”

But Verstappen is backing his team to be able to win the title in a vital campaign for Red Bull.

“They’ve proven it in the past, so it’s not wishful thinking. That’s why I’m with this team, even though it will not be easy,” added the 22-year-old.

Helmut Marko is also sounding very bullish about 2020 when he told Kronen Zeitung newspaper, “We stayed below our potential this year. Five wins would have been possible.”