Maitland’s Undercut: In a few years a sim-racer will win a Grand Prix 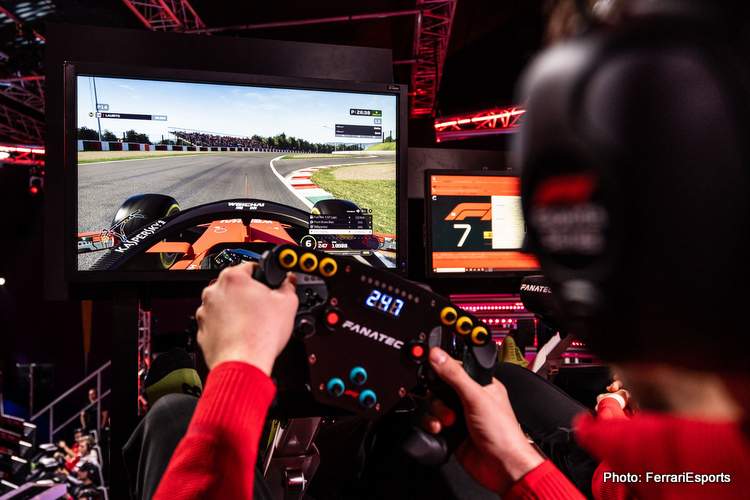 I’m going to go out on a bit of a limb here, but I’m also extremely confident about this prediction: Within just a few years, a gamer will win a Grand Prix.

I know this is a Formula 1 column (and it really is), but have you ever heard of the simulation hypothesis? Without getting too philosophical on you, it’s the idea that we are all in fact *already* living in a simulated reality. I’m not talking about your PS4 or your whiz-bang sim setup – I mean you, right here, reading this article. It’s not real. You’re in a simulation.

Take it step by step with me:

Did you follow that, Mr Petrolhead? That’s right: we’re not on Planet Earth. We’re running on a hard-drive of the future.

But don’t worry about all that, because here’s the real point – anyone who has bought an Xbox One off the shelf and paired it with a seat and racing wheel and pedals will know that simulations are already getting tantalisingly close to the real thing.

And if you doubt that, you simply haven’t tried it.

Yes, yes, what the teams have in their factories may be five or six steps ahead of what we have at home in 2019. Undoubtedly. But it doesn’t take too much extrapolating to conclude that, without a shadow of a doubt, we will soon *all* be amateur F1 sim drivers if we want to be.

And some of us will be so darn good at it that we may become the actual Formula 1 world champions.

We’re already seeing the crossover between the real and the virtual racing worlds start to happen, as the F1 teams field official teams in the hyper-competitive F1 Esports Series.

No idea what I’m talking about? Google or Youtube it, and you’ll discover an entirely new sport – and don’t be surprised if the Lewis Hamilton of the sim world is a spotty, podgy, vitamin C-deficient 15-year-old.

But I exaggerate, because Renault’s official driver Jarno Opmeer, for one, is actually an real-world racing driver with a Wikipedia page who is in great shape – and his next assignment is slated to be a test in the French works team’s real F1 sim. “You don’t feel the G-force of course,” said Max Verstappen’s 19-year-old countryman, “but it’s so competitive that if you make the slightest mistake, you’ll fall a long way down the grid.”

Like a growing number of top F1 Esports drivers, Opmeer is a former karting champion and Renault Sport Academy member who saw the simulated world as a cheaper and more accessible way to make a living as a professional racing driver. And the real-life F1 team is now starting to take him and his peers very seriously.

Why? Because, exactly like real racing drivers, they’re *damn* good – and there are no testing limits in the 240 volt, Cheetos-powered virtual world.

“We think we’ll be able to get a lot of information and feedback from him for the real development of the car,” said Renault’s director of partnerships Antoine Magnan. Racing IT director Ben Hampshire added: “When you collect the video game data, it’s valid because the circuits match the true Formula 1 exactly.”

So let’s get back to my earlier prediction about sim drivers eventually winning in Formula 1, and take it a step further.

Or, in other words, Esports will become so much better and more sensible than the real thing that it won’t make sense to fly all those fuel-guzzling, environmentalist-infuriating jets all around the world when the *best* version will simply be streamed on Twitch.

The purist, of course, will be recoiling in horror at this point. The flying bits of carbon fibre won’t be real! The wheel-to-wheel action will be bits and bytes and 1s and 0s! Pull the plug! Pull the plug!!

Indeed: At a real-world max speed of zero kilometres per hour, it’s easy to dismiss the talents of these pimply boy sim racers. But hold on for just one moment – they’re still human beings. They still manage to clock laptimes that you and I can’t even imagine in our wildest dreams.

And although the only real safety risk is high cholesterol or a spilled glass of Coke on the keyboard, it’s not fair to say that *just* because they’re stationary and safe can’t mean they’re not the sports stars of the future.

An F1 driver of today is infinitely safer than a Francois Cevert or an Ayrton Senna. Serena Williams is very unlikely to crash and die while she’s playing tennis. But we still watch. And if Esports was the top category of racing, we’d watch that too.

More upsides: the budget caps will be easy to stick to and police! Formula 1 will be infinitely ‘greener’ than Formula E! No more lack of overtaking that can’t be fixed with a few clicks of a computer programmer’s mouse!

There’s obviously *so* much to debate, contemplate and potentially despair about when considering that this could, just *could* be the future of an expensive, fuel-guzzling and eminently inaccessible sport like Formula 1.