Alonso: Winning Indy in 2020 is the main priority for me 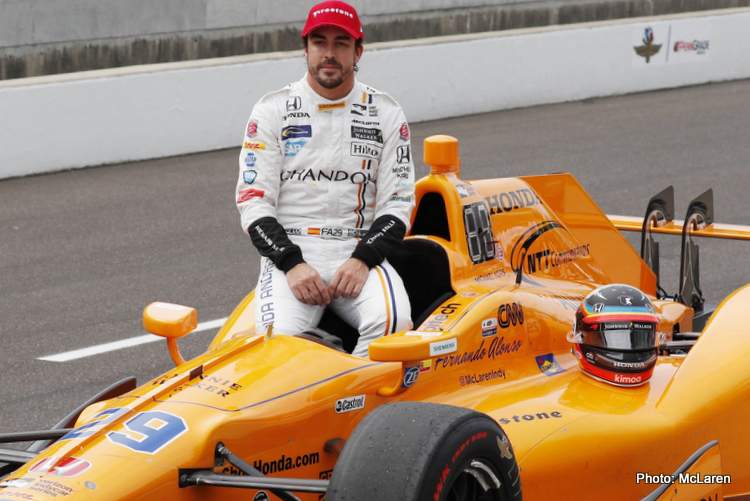 Twice Formula 1 world champion and double Le Mans 24 Hours winner Fernando Alonso has played down his chances of winning the Dakar Rally when he makes his debut next month.

The Spaniard, emphasised that his main focus for 2020 will be a return to the Indianapolis 500 to try and complete the ‘Triple Crown of Motorsport’, said on Friday he still had much to learn about rallying.

“If I go there to enjoy the experience, yes,” he said when asked if he felt ready for one of the most gruelling races in motorsport, to be staged for the first time in Saudi Arabia.

“If I go there to make the most of it, yes,” added the 38-year-old, in Paris for the gala FIA prize-giving at the Louvre museum.

“If I think on Dakar in terms of winning Dakar, I don’t feel ready. I’m perfectly aware of my lack of experience. I think in other races that I attempt, in Indy or Le Mans or Daytona, I feel quite competitive in a level that I could fight for victory.

“In Dakar, I don’t think I am at that level and I need to be with feet on the ground. But I will play a different strategy. I will not be the fastest but hopefully I will be in a good position at the end.”

Alonso is entering the race, which has moved from South America, with Toyota. Former motorcycle winner and compatriot Marc Coma is his co-driver.

The Spaniard also won the Le Mans 24-Hours and the 2018/2019 edition of the World Endurance Championship (WEC) with the Japanese manufacturer.

He and Coma have been getting up to speed for the Dakar by taking part in rallies in Namibia, Poland, South Africa and Morocco.

Alonso failed to qualify in a McLaren, his last team in Formula 1, for this year’s Indy 500 after leading the race on his debut in 2017 with Andretti Autosport.

“The intention is to do the Indy 500 next year. That’s the one that I want to win now and the main priority for me,” he said.

“I will prepare the best I can for that race. This year (Indy) was the downside of the season,” he added of an otherwise triumphant year away from Formula 1, which he left at the end of 2018.

Alonso’s options for the Month of May at the Brickyard are with McLaren who have united with Schmidt Peterson to form Arrow McLaren SP powered by Chevrolet for the first time.

An unlikely alternative for the double-F1 World Champion being Andretti Autosport, however there are some major obstacles to such a reunion.

Autoweek reported last week, “Andretti already has a five-car lineup for the 500, with two previous winners in Alexander Rossi and Ryan Hunter-Reay, two rising stars in Zach Veach and Colton Herta, with the fifth car being for his son Marco, who has not won an IndyCar race since 2011.

“With Alonso aboard it might improve the team’s chances of winning again, but it might also overload the organization, and could even annoy the folks at Honda—which might not be the smartest thing to do,” concluded the report.