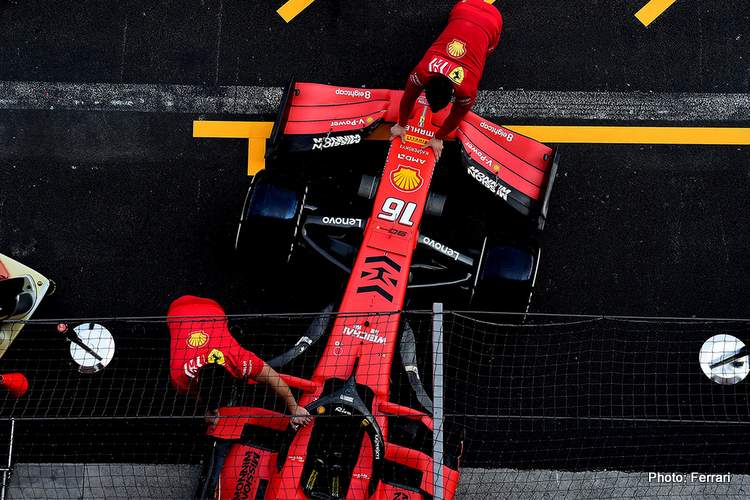 Straight-talking Helmut Marko has slammed the €50,000 penalty handed out by the FIA stewards to Ferrari, for the fuel infringement saga during the Abu Dhabi Grand Prix, as “a joke”.

The Red Bull-Honda official admitted that he spread the news about the FIA’s investigation into the incorrect fuel load declared by Ferrari prior to the race last Sunday “so that things are not swept under the carpet.”

Red Bull has been central to the speculation about the legality of Ferrari’s 2019 power unit, which preceded a flurry of technical clarifications that appeared to diminish the Italian team’s performance late in 2019.

But Marko told Auto Bild that the incorrect declaration by the Italian team regarding the fuel-load aboard Charles Leclerc’s car, at the 2019 finale, was a clear rules breach, “The regulations are very clear and the mild punishment they were handed for that offence was a joke.”

Marko also hit back at the claim that Ferrari’s rivals are being opportunistic about causing a lot of noise about the team’s power unit, “It’s about fairness, about compliance with the rules, and about the equal treatment of all the teams.

“Ferrari’s engine was questioned on several points which are probably beyond any grey area, but nothing was done to correct it,” explained Marko.

He warned that Red Bull could step up its confrontation with Ferrari in 2020, “If we suspect that there are any irregularities, we will definitely protest, and then Ferrari will have to disclose everything and the FIA deal with it accordingly.”

Earlier this week, Jos Verstappen told Ziggo Sport’s Olav Mol: “You know it wasn’t a calculation error. I am not going to talk too much about it, because it is a very dangerous subject in Formula 1. I don’t want to burn my fingers on it.