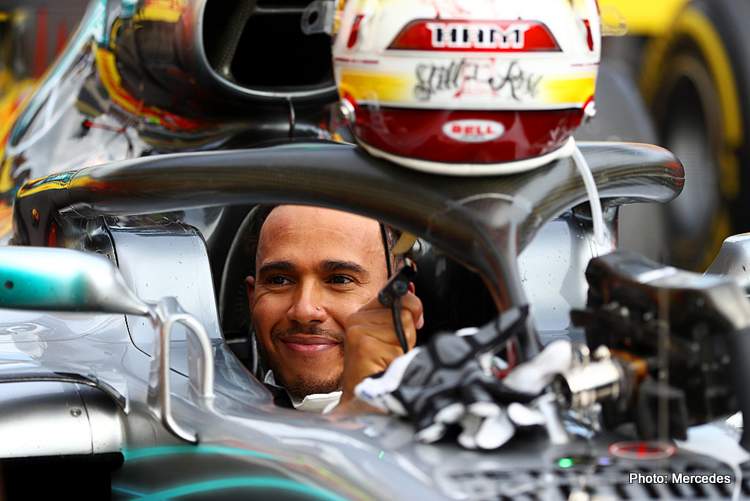 Speaking of the FIA prize-giving in Paris today, Lewis Hamilton played down but did not deny reports of a move to Ferrari in 2020 while revealing that his Mercedes boss Toto Wolff has a busy phone with rival drivers tapping him up for the six-time Formula 1 World Champion’s seat.

The Hamilton-to-Ferrari reports spread like wildfire during the build-up to the Abu Dhabi Grand Prix and usurped the season finale in terms of headlines which the story continues to generate.

Although not in total denial, Hamilton appeared to pour cold water on the speculation when he was asked what his plans are beyond his current contract which is up for renewal at the end of 2020.

He replied, “I’ve not really put a lot of energy towards it. I love where I am, I love the people that I work with, so it’s really difficult to walk away from something that you love as much as I do. The team, the organization, all the way through to the bosses.

“I’ve been with Mercedes since I was 13 so it’s really hard to imagine myself being anywhere else. What we’ve built over the period that I’ve been there, in the last seven years — but obviously Mercedes have been working longer than that — at the moment is dominant.

“It’s a strong force and I think it’s taken us time to build the strength in depth from within and have the consistency we have. It’s not something that has just come overnight, and other teams don’t currently have the togetherness that we have in place. It takes time to build those things.”

While Hamilton’s name has been linked to Ferrari in recent weeks, o has Mercedes boss Toto Wolff who may also be in line fo the sport’s top job when F1 CEO Chase Carey calls it quits.

There is not the single driver on the grid, bar maybe Charles Leclerc, who would not trade places with Lewis Hamilton or Valtteri Bottas for that matter in the sport’s most dominant team.

Thus no surprise that the Silver Arrows boss at a very busy phone as Hamilton explained, “It’s an interesting time because there are a lot of drivers who are seeking positions everywhere.

“The amount of calls that Toto gets from every driver asking to come. Everyone’s trying to leave their team to come to where we are… which is an understandable thing because everybody wants to win and everybody wants to be a part of a winning formula.

“I don’t think it’s a stressful thing at the moment; there’s always been a clear pathway of communication between myself and Toto, there has never been any secrets so that won’t change,” added Hamilton.

At the end of 2012, the Briton took a big risk to ditch pedigreed (at the time) McLaren for Mercedes who showed no sign of the potent force it was to become when Hamilton made the move.

He was roundly criticised and even mocked by Ron Dennis, but time has shown that the kid from Stevenage made an inspired call when he believed in the vision laid out to him by Niki Lauda and signed on the dotted line. Hamilton and Mercedes have not looked back ever since.