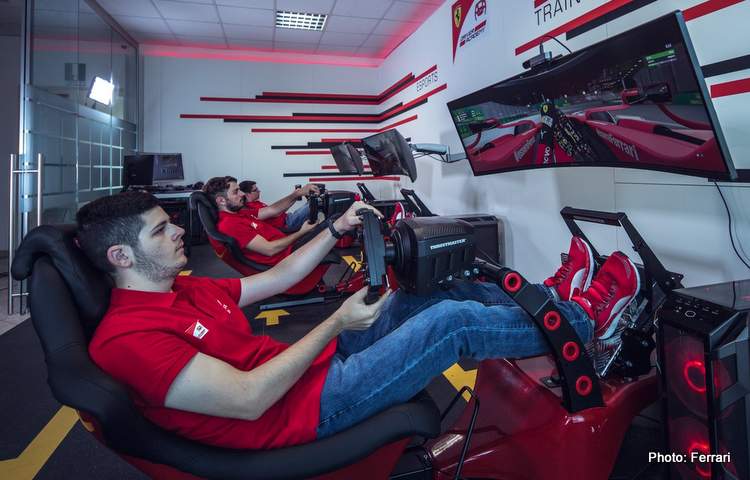 Italian gamer David Tonizza won the esports F1 Pro Series for Ferrari on Wednesday, ensuring at least one championship trophy for the Italian team after another season of disappointment on the real racetrack.

Formula One’s oldest, most successful and glamorous team have not won a drivers’ title since Finnish ‘Iceman’ Kimi Raikkonen in 2007, but their esports outfit triumphed at the first attempt.

Red Bull won the team trophy, taking over at the top from Mercedes who had been dominant in both the real and virtual worlds.

Ferrari did not join their track rivals last year when Formula One teams entered the virtual championship for the first time, but the Italians made up for that.

“It’s just great. I don’t know where my head is,” declared Tonizza, who has adopted the nickname ‘Tonzilla’ after a commentator mispronounced his name.

“This was our rookie year, also as a team. A perfect performance” added the teenager from Viterbo, who was the first pick in this year’s pro draft after failing to be selected last time.

Brendon Leigh had won the first two titles but was already out of the reckoning before the final round of races at Suzuka, Austin’s Circuit of the Americas and Sao Paulo’s Interlagos.

Tonizza had gone into the evening’s action at the Gfinity arena, a converted West London cinema over an underground railway station next to Chelsea’s Stamford Bridge soccer stadium, with a 26-point lead.

That was soon whittled away, with Red Bull’s Danish racer Frederik Rasmussen winning the first two races to clinch the team title, while Tonizza was handed a three-second penalty in race two for exceeding track limits.

That gave Rasmussen a four-point advantage with only anti-clockwise Interlagos to come. Tonizza started on pole position while the unemotional Rasmussen, dubbed by British former grand prix driver Jolyon Palmer ‘the Iceman of esports’, could manage only seventh place on the grid.

The Dane ended up 10th in the race while Tonizza finished runner-up to Alfa Romeo’s Hungarian Daniel Bereznay and with a total of 184 points to Rasmussen’s 171. Red Bull had 246 points to runners-up Ferrari Driver Academy’s 184.

Tonizza, who now lives in Maranello, said he hoped to take the trophy back to the factory for all to admire.

“I will ask if it’s possible to show this beauty,” he said, suggesting cheekily that maybe the era of ‘Icemen’ was over.