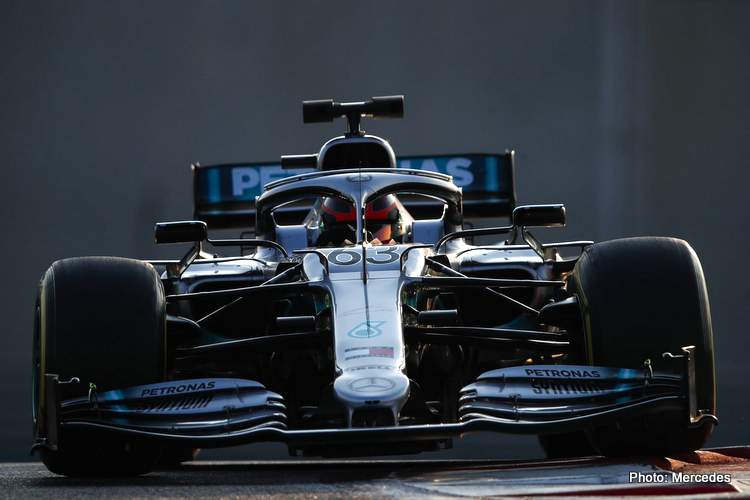 After a season toiling at the tail-end of Formula 1, George Russell signed off the season in the best way possible by topping the timing screens at the end of the second and final day of Pirelli-tyre testing at Yas Marina Circuit.

Williams regular Russell, used to driving the F1’s worst car, got his hands on the sport’s best car and (as he did earlier this year in Bahrain) topped the timing screens by the time the chequered flag waved in the evening to bring the 2019 F1 season to a definitive end.

Russell’s best effort of 1:37.204, set on the C5 compound, was a tenth down on Valtteri Bottas in the same car on Tuesday. The Englishman completed 145 laps during the course of the day.

Notably, the rookie’s best effort on Wednesday in the title-winning Mercedes was 2.7 seconds faster than his best lap time at the wheel of the woeful Williams on Tuesday.

On a day in which Mercedes got the job done, their rivals Ferrari ended their season with a bang of the wrong kind when Charles Leclerc crashed in Turn 13.

The recovery took almost half an hour and when the Reds took a look at the damage they decided to pull the plug on the day two hours earlier than planned with 103 laps covered. Leclerc was second fastest, a couple of tenths shy of the top time.

Lance Stroll ended third fastest in the Racing Point on a day in which lap times meant very little as each team ran their own programmes, evaluating and comparing the 2020-spec F1 tyres with the current offerings.

Toro Rosso’s Pierre Gasly was fourth fastest after covering the most mileage with his 146 laps, ahead of Carlos Sainz who damaged the aero-rake-system on his McLaren when he and Stroll had a strange coming together in the pitlane. The Spaniard ended the day fifth fastest.

Renault new boy Esteban Ocon spent Tuesday familiarising himself with his new team and the RS19 which meant not as much track running as expected. But the Frenchman was kept busy as he pounded out 128 laps on day two of his return to the F1.

Others in action on the day included Pietro Fittipaldi in the Haas who did 135 laps to add to his CV; Williams’ new signing Nicholas Latifi shared the cockpit with Israeli unknown Roy Nissany who was 6.6 seconds down on the top time and 3.7 seconds slower than his teammate for the day.

Thus the 2019 Formula 1 World Championship has finally drawn to a close. This year’s cars unlikely to ever run in anger and fully loaded ever again. 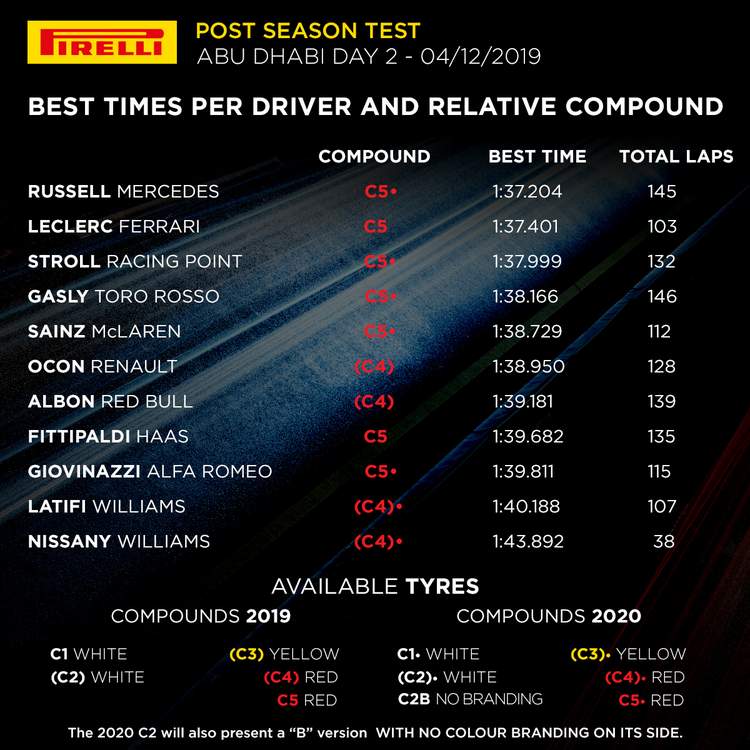 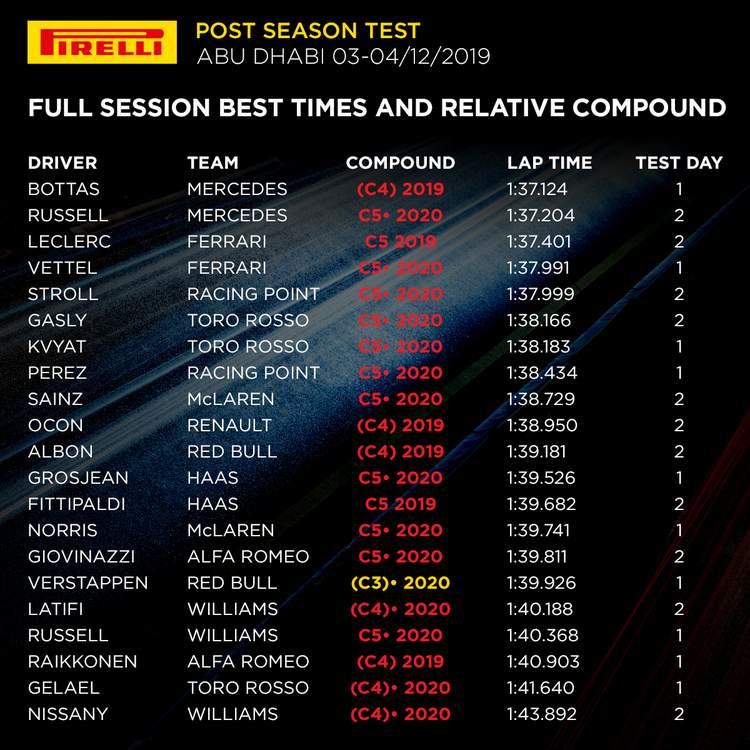