Binotto: For start of 2020 our drivers will be free to race 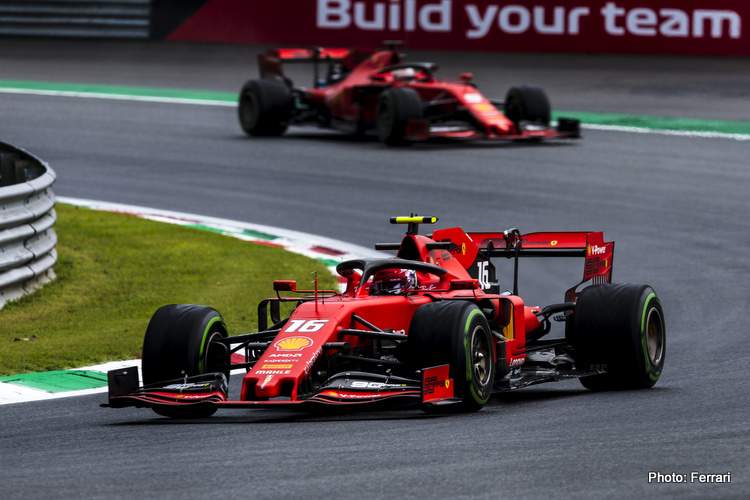 Ferrari’s two superstar drivers – Sebastian Vettel and Charles Leclerc – will be “free to race” in 2020 despite the internal rivalry costing the Scuderia dear this Formula 1 season.

Team boss Mattia Binotto has gone to great lengths to pay down the feud and insisted, after the Abu Dhabi Grand Prix, that even though Vettel and Leclerc crashed in Brazil and the rules of engagement (or lack thereof) will remain the same next year.

He said, “If you look at the last races, they have been free to race and I think that is how we are going to start the next season.”

Quadruple F1 world champion Vettel started 2019 as the clear number one driver, but Binotto said 22-year-old newcomer Leclerc came of age this year, “He surprised everyone. He is fast, he manages pressure, he is good in fights, he is good in the races – I am very happy with him.

“Getting seven pole positions and two wins in his first year and finishing ahead of Sebastian in the championship is a great achievement.

“Obviously, we are not happy with the performance of the car and some mistakes that we made, including reliability issues and some decisions, but now we have to move forward,” Binotto added.

After the Brazil clash between his drivers, the Ferrari boss pointed out, “The truth is they have fun together, as they enjoy a good and harmonious relationship, which is maybe quite different to what you might read or think You could think that they are in conflict on the track, but that is not the case.”

Big Question: Should there be rules of engagement for the Ferrari duo?