Ocon: Renault do not have the car to win yet 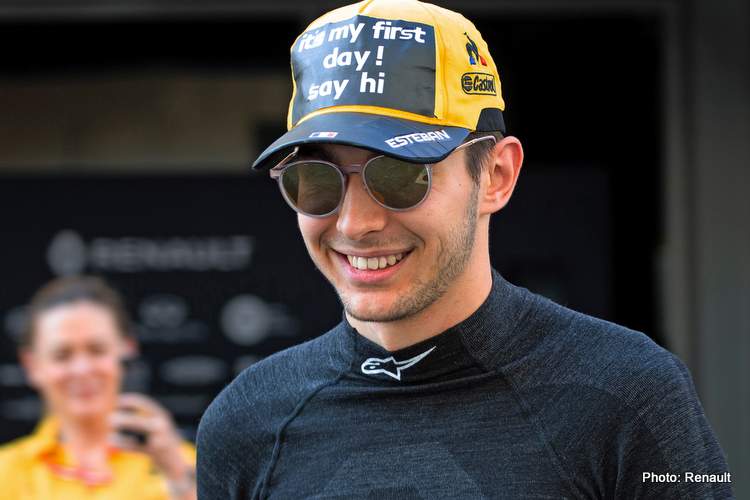 Esteban Ocon says he knows he will not win races in 2020, after a year on the sidelines with Mercedes, the Frenchman is currently in Abu Dhabi for his first test with Renault.

Team boss Cyril Abiteboul said last weekend that he sees Ocon as the “fire” that Renault was lacking this year from its older pair of drivers.

“I read that and I will do everything for it,” Ocon told Le Figaro. “I want to compare myself against Daniel because I always want to fight with the best and the goal is to be in front of him.”

However, he acknowledged that Renault is not quite ready to win, “Despite a good progression in recent years, we do not have the car to win yet, and we will not have it next year either.

“But the important thing is to keep your motivation and make progress and get there one day. I want to be world champion, not seventh or eighth.”

Ocon also said it is a shame that the driver he replaces, Hulkenberg, did not manage to secure a race seat elsewhere “There are still a lot of things I do not understand on the business side, but Nico deserved to stay in F1.

“I may not be the best position to talk about it right now, but there is clearly something missing in the system. Nothing is simple, even for those who arrive with financial means.

“If you have a moment of weakness, there is a pack of drivers ready to take your place,” reasoned Ocon who made 50 Grand Prix starts with Manor Racing and then Force India before his sabbatical this year.