Binotto: No doubt Vettel will be back with us next year 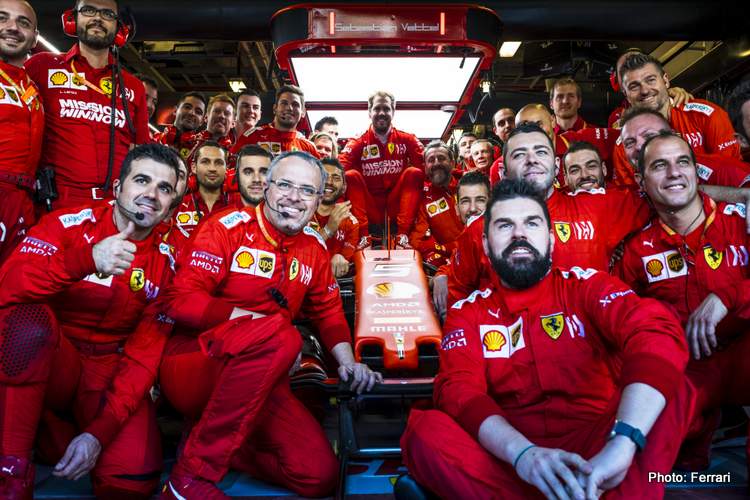 Some were suggesting that Sebastian Vettel might not return to Ferrari after the winter break, and would simply walk away from the sport to spend time with his family. The quadruple F1 World Champion even admitted that 2019 was not a good season for him.

“This race was a reflection of the whole season,” the 32-year-old German. “It’s been difficult for me – I’m the first to admit it. But I don’t think I need to change my approach or my preparation. I still know how to drive.”

Vettel was initially billed as a world championship favourite in 2019, but ultimately he even finished behind his young teammate Charles Leclerc in the points standings.

But, his Ferrari boss, Binotto is backing his star driver, “Seb is very motivated and he showed that in the second part of the season. There is no doubt that he will be back with us next year, and I am sure that we will find him even more motivated to do well.”

Vettel is now a father of three. The Ferrari driver arrived late in Abu Dhabi for the race weekend to be present at the birth of his third child; his and Hanna Prater’s first boy.

While it is unlikely, but not impossible, that Vettel calls it quits on F1, he may countenance offers from other teams as it is clear the 32-year-old’s days are numbered at Maranello, relative to 22-year-old Leclerc who represents the legendary team’s future.

Talk of Hamilton and the Reds in serious flirtation has already kick-started the 2021 Silly Season, such a development would free up the highly coveted Mercedes seat which would be a natural first choice for Vettel if the Silver Arrows wanted him.

And of course, there is always Red Bull with whom he won his four F1 world titles and is known to still have good relations with the top brass at the energy drinks outfit.