The Day After: One Final Reminder 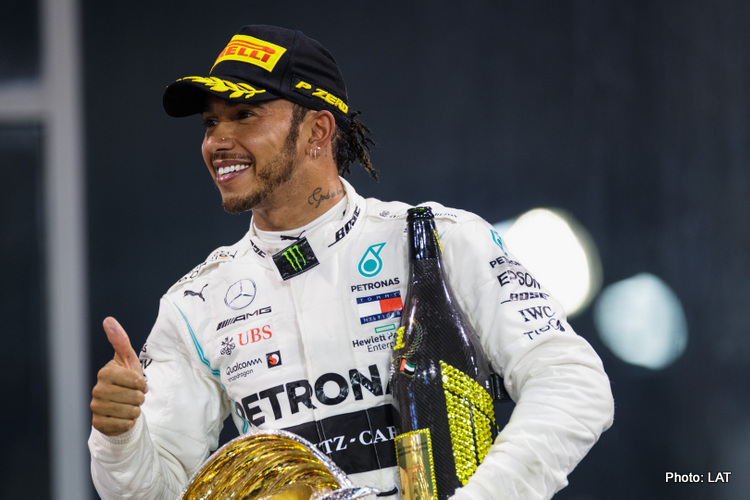 Dominating the race from start to finish, Lewis Hamilton was for one more time at his impervious best in Abu Dhabi on Sunday.

The race itself might not have been the most thrilling – although I’d argue it was an “Abu Dhabi nine”, which is like a “regular F1 six” – but I think it’s fair to say it brought everything to a fitting conclusion.

Lewis Hamilton, the driver that has been the dominant force this decade, dominated in Yas Marina, taking his sixth career Grand Chelem (pole, win, fastest lap, led every lap) to give us both one final reminder for this year, and an early warning ahead of the 2020 season.

Indeed, whatever happens in testing, whatever happens through the first six-or-so races, he will still be the man to beat regardless. We’ve seen it too many times at this point to underestimate him, Sunday just being the most recent example.

That being said, here’s hoping next year, he can actually be given a run for his money. It’s been three years since we’ve seen a season go down to the wire, and that was only because 2016 had a double-points finale. There are 102 days until the first practice session in Melbourne, let’s see if someone can figure it out.

A very strange day for Ferrari, what with the whole drama surrounding Charles Leclerc’s fuel breach, and then a race that saw them completely off the pace. Also, I’m not sure whether to be more amused Ferrari tried – and failed – to pull-off double-stacking their drivers, or impressed that in doing so, old mate in the second photo barehanded a tyre. Those things are about 100°C!

On a related note, it’s remarkable how quickly the talk has turned post-race to Hamilton driving for Ferrari. Unless they offer him a slice of the company, I don’t see him joining them after races – and seasons – like this one.

Nice to see FOM cap-off a season full of questionable TV direction with another solid effort in Abu Dhabi. Sure, seeing Hamilton parade around by his lonesome on the final lap is nice, but I’d argue the three-way battle for tenth between Carlos Sainz (fighting for sixth in the championship) and the two Renaults was nicer.

Best of the rest in a consummate Perez drive, the Mexican drove a 37-lap stint on mediums to perfection.

Worst of the Day: Take a guess.

“‘It has been [a] pleasure’, speak for yourself – maybe someone doesn’t think like you!” – Robert Kubica, bringing the honesty and the banter.