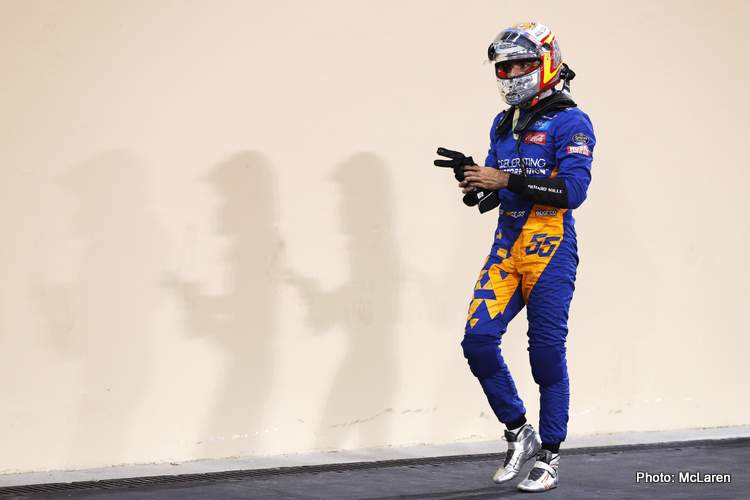 The 2019 season was a “very big step” forward for Carlos Sainz according to his father, the rallying legend with the same name, who told EFE news agency that the McLaren driver might even be Formula 1 World Champion material.

Asked about his son showing world champion qualities this season, Sainz senior replied, “I am cautious about it, but I am convinced that Carlos has the talent to try, and the talent to fight. I think he took a very big step in his career this year.”

Indeed, after his stints at Toro Rosso and then Renault, 25-year-old Sainz even managed to finish sixth overall in this year’s F1 driver standings.

“Finishing sixth is something that in modern Formula 1, with the difference between the teams, is almost unthinkable,” said the McLaren driver.

“There are two drivers [Pierre Gasly and Alex Albon] who have done half a season each with a Red Bull, and despite that, with our heads down, we have achieved it.”

Many people think Sainz has been one of the standout F1 drivers in 2019, his father agrees. “For me, this is the year in which he took the biggest step since I have known him as a driver – since he started racing in karts at 9 or 10 years old. I have seen the biggest improvement this year, without a doubt.

“McLaren is also the team that has improved the most. What is needed now is all the changes that were made in the team, all the new people who came including Carlos, continue to take those steps forward.

“It will be difficult to take as big a step again, but if they can be even closer to the first three teams, it will be another good step,” added the 57-year old Spanish great.