Kubica: Sometimes it was hard to call it Formula 1 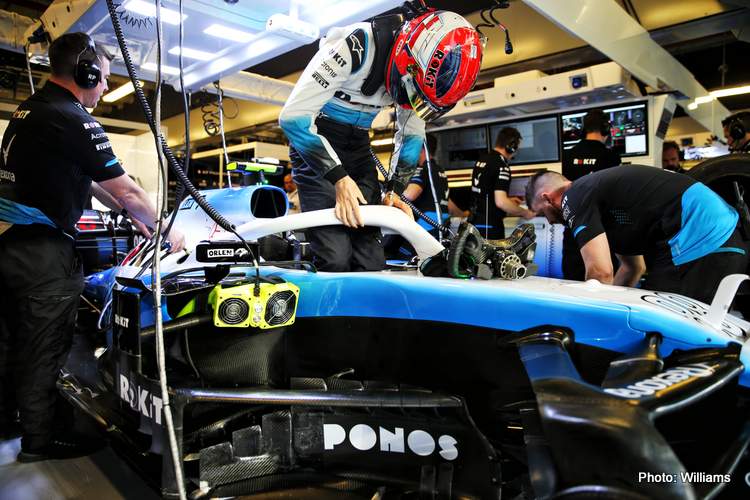 Robert Kubica insists he does not regret returning to Formula 1 in 2019 with a permanent arm injury and trying to do the business with the worst team, by far, in the top flight.

However, the 34-year-old Pole was outclassed by his rookie teammate George Russell all season at the woefully struggling Williams.

“This season has not taught me anything,” Kubica told TVP. “I gained some information. Racing in the last row is completely different to what I did ten years ago.”

It is expected that Kubica will switch to DTM for 2020, combining it with a development role at Haas or Racing Point.

He has hinted all season that Williams treated him differently than Russell, “I remember one qualifying that I got out of the car and told a friend that in the golden times of BMW.

“Driving like that would have given me the front row. But I was last, half a second from the next one,” Kubica also told Przeglad Sportowy newspaper.

Nonetheless, he says he doesn’t regret the comeback, “If I would stand in front of the mirror in many years time and say I had the chance to return but I gave it up, that would be difficult for me to understand.

“But sometimes it was hard to call it Formula 1,” he added.

Asked if it was emotionally difficult to race in F1 for the last time in Abu Dhabi, Kubica answered: “No, I’ve known for a long time that this could be my last race, so, to be honest, I don’t have any difficult emotions.

“For sure when I get home there will be time for reflection, but it was certainly better to be here than to sit at home and watch the races on TV.

“In terms of results it was a disappointment, but if you delve deeper into what was happening, it wasn’t as bad as it looks from the outside. In many ways it was a very useful season for me.

“It gave me additional motivation and awareness that although I haven’t been in this sport for a long time, I can still race in high categories. Now I am already waiting for another challenge next year – I hope.”

Finally, Kubica was asked if he thinks Williams will start to solve its obvious problems in 2020, “I don’t know. I have my opinion, but I will keep it to myself.”