Binotto: Far too early to talk about Hamilton to Ferrari 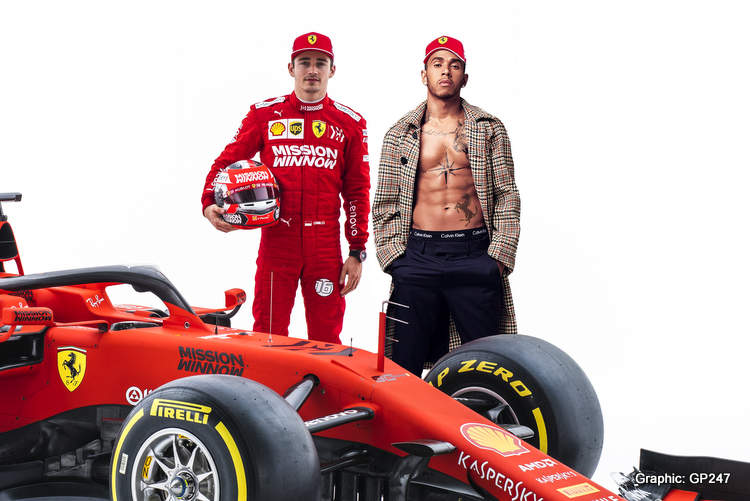 Ferrari boss Mattia Binotto says it is “far too early” to speculate about whether their nemesis Lewis Hamilton will sign up with Maranello for the 2021 Formula 1 season and beyond.

The Hamilton-to-Ferrari speculation was a hot topic in the Abu Dhabi paddock, and after winning the race the Mercedes driver didn’t even deny that he recently met with Ferrari chairman John Elkann.

“Everything that happens behind closed doors is obviously private,” said the Mercedes driver. “But I think for many, many years I’ve never ever sat down and considered other options, because we’ve been on a straight path ahead.”

Sebastian Vettel’s contract at Ferrari expires at the end of next year, raising the prospect of a Hamilton-Charles Leclerc Ferrari lineup.

Leclerc says he wouldn’t mind, “In the end, we are in Formula 1 and we want to fight against the best. I’ve had a big opportunity this year to have Seb next to me who is a four time world champion and I’ve learned a lot from him and you can always learn from this type of champion.”

Ferrari team boss Binotto, however, is not ready to consider the Maranello team’s 2021 lineup just yet.

When asked about Hamilton-to-Ferrari in 2021, he told the Italian reporters: “It is far too early to talk about it. Today the 2019 season is just ending and we are all focused on 2020, which is the most important thing.”

Mercedes F1 boss Toto Wolff, who is being linked with Chase Carey’s top job in F1, admits Ferrari has a chance of signing up the six-time F1 world champion.

When asked to name a percentage chance of Hamilton staying with Mercedes for 2021, Wolff told La Gazzetta dello Sport: “I would say 75 per cent. Between late January and February, we will try to set a date to discuss it, but I still have great hopes that our relationship will continue. I just don’t have full control of it.

“When Lewis left McLaren for Mercedes, everyone said he was making a mistake, but he proved them wrong. So I won’t make the mistake of underestimating Ferrari’s potential,” Wolff pointed out with a reference to history.