Hulkenberg voted driver of the Day in his final F1 race 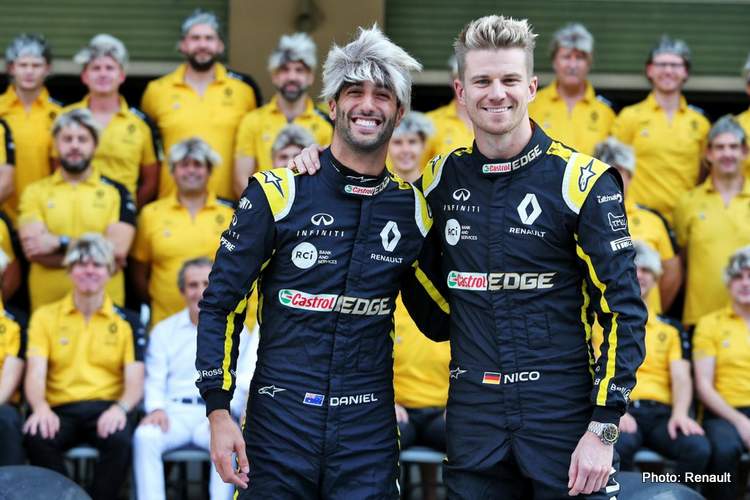 Formula 1 fans gave Nico Hulkenberg a ‘Driver of the Day’ send-off as the Renault driver bowed out with a 12th-place finish in the season-ending Abu Dhabi Grand Prix on Sunday.

By the 32-year-old’s own admission it was an unspectacular result with which to bring down the curtain on a grand prix career that once promised much but ultimately failed to deliver the big prizes.

The German, who is being replaced by Frenchman Esteban Ocon for 2020, had been on course for 10th before being passed by McLaren´s Carlos Sainz and Australian teammate Daniel Ricciardo half a lap from the flag.

“Unfortunately missed half a lap there to get that point,” said Hulkenberg, who holds the unenviable record of most races started (177) without ever standing on the podium. “But nevertheless I feel it was a worthy final race.

“I was certainly giving it all and enjoyed it, actually, although it was not too spectacular. But it felt good to be in the fight and to be fighting for points. That´s it, hey ho, and take that for now.”

The ‘Driver of the Day’ award followed a fan vote on the Formula One website.

Hulkenberg made his Formula One debut with Williams in 2010, the year after he won the GP2 support series, and took pole position for the Brazilian Grand Prix in his rookie year.

After sitting out the 2011 season as reserve driver for now-defunct Force India, he spent five years driving for the Vijay Mallya-owned team which is now Racing Point, and Sauber, now racing as Alfa Romeo.

He moved to Renault in 2017, finishing a career-best seventh in the overall standings the following year. Hulkenberg also won the 24 Hours of Le Mans sportscar race with Porsche in 2015.

Renault said farewell to him with team members, including Ricciardo, sporting blonde wigs in imitation of his hair.

“Thanks very much, it´s been a great three years,” his race engineer Mark Slade said over the team radio on the cool-down lap.

“I wish I could say the same, mate,” Hulkenberg responded, deadpan before signing off with: “Just pulling your leg. Thank you for everything.”