Honda: A good end to the season 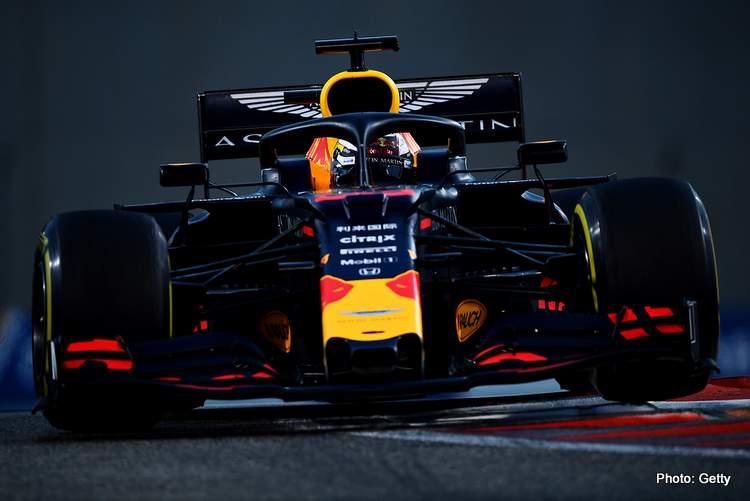 It was a strong race for three of the four Honda-powered cars who scored points, with Pierre, unfortunately, having his race compromised at the start.

The Frenchman was the innocent party as he was hit from behind at Turn 1 and in catching the resulting slide his front wing was damaged. A first lap pit stop for a new front wing dropped him far behind the field and without the help of a Safety Car he was limited to 18th at the finish.

His team-mate Daniil had a much more exciting evening under the lights at Yas Marina, starting on the hard compound and climbing through the field from 13th place. After pitting for medium tyres on lap 41, Daniil quickly made his way into the points, overtaking Nico Hulkenberg to secure ninth place that also saw him finish above Hulkenberg in the final drivers’ standings.

The drivers’ championship was also an aspect in Alex’s weekend as he had an outside chance of finishing sixth overall, and he duly fought with Sebastian Vettel for the majority of the race. An early first stop to swap mediums for hard tyres allowed him to get the undercut and try to get to the end on a one-stop, but Vettel managed to overtake in the closing stages after switching to a two-stop strategy.

Alex still picked up eight points with his eighth top-six finish since joining Red Bull, but it was not quite enough to jump Pierre and Carlos Sainz ahead of him in the standings.

By contrast, Max secured third in the drivers’ championship with a comfortable second place, attacking Lewis Hamilton off the line but then settling in behind the leader. After extending his first stint he pitted for hard tyres on lap 25 and duly overtook Charles Leclerc with a strong move into Turn 8 seven laps later to regain second place, ensuring he has finished with a win and two podiums from the final three races.

Toyoharu Tanabe, Technical Director: “Having one driver on the second step of the podium and three cars in the points was a good end to the season. Another strong performance from Max saw him do a good job of managing the tyres and he produced a fantastic passing move on Leclerc to take second place and he is now confirmed as third in the Drivers’ championship.

“Alex had an excellent year as a rookie. As for Scuderia Toro Rosso, Daniil also did a good job of tyre management, running a brave strategy, being the very last driver to change tyres on lap 40, which put him in the points and then a great move on the Renault gave him a well deserved ninth-place finish.

“Unfortunately, Pierre’s race was really over after his opening lap collision. This was our first year in the hybrid era working with two teams, with whom we communicated very well, allowing us to make a solid step forward. That progress is reflected in our three wins with Red Bull and two podiums with Toro Rosso.

“I would like to thank both teams; those members working at the track and everyone back in the facilities in Japan, Italy and the UK, as well as our suppliers. We even had support from other departments within Honda, so the whole company played a part in our improved performance this year.

“I would also like to thank all the fans who have supported us. This has been an encouraging year, but what we achieved this season is not yet where we want to be, so we will keep pushing to improve.”